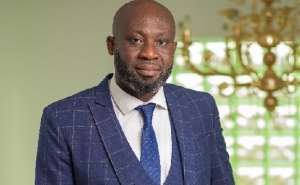 Barring any last-minute hitch, a new president will be elected on Friday to replace the longest-serving Ghana Football Association (GFA) capo, Kwesi Nyantakyi, at a much-awaited Extraordinary Congress to be held at the College of Physicians and Surgeons in Accra.

The last time the football fraternity gathered at the plush auditorium early last month, there was fireworks which needed a high level of consensus to douse, leading to the approval of the reviewed GFA Statutes drafted by the GFA Normalisation Committee (NC).

This time around, the elective congress is sitting on a time bomb as the survival of the much-touted presidential election largely hinges on the ruling of the Court of Arbitration for Sport (CAS) in respect of the pending appeal by the disqualified Wilfred Kwaku Osei (Palmer).

Last Thursday, CAS gave the GFA a 48-hour ultimatum, up to 12 noon today, to respond to Palmer's appeal, failure of which would compel the international judicial body to go ahead to rule on the case.

Among the reliefs being sought by Palmer through his renowned solicitor, Thaddeus Sory of [email protected] Chambers, include an injunction on Friday's elections till the determination of the case, as well as an expedited arbitration to enable the appellant to participate in the election.

In the midst of the suspense, five out of the six contestants for the top GFA top job -- Kurt Okraku, Fred Pappoe, Nana Yaw Amponsah, George Ankomah Mensah and Amanda Clinton will engage in a historic debate at the same venue at 6.30 pm tonight in what could be described as a dress-rehearsal for the main menu.

Interestingly, the other candidate, George Afriyie, who fancies his chances of winning the race, chickened out of this intellectual exercise for reasons best known to him and his campaign team.

However, in his absence, the other candidates are expected to use this last-minute opportunity to drum home their ambitions in a frantic bid to secure extra votes as the day of reckoning draws near.

So far, each contestant is convinced of victory based on their respective manifestos and the grounds covered during their campaign vis-a-vis assurances received from the 120 delegates. But despite the high level of confidence being displayed by the candidates, surprises cannot be ruled out; hence, the call by observers to the Election Committee to make provision for ambulances and paramedics to cater for any casualty.

While CAS, NC, FIFA and Palmer are locked up in a destiny-defining arbitration on the fringes in Lausanne, Switzerland, Premier League, Division One and Elite Women's Clubs will go to the polls on Thursday to choose their representatives for the new Executive Council (ExCo) amidst tension and fanfare at the GFA Secretariat.

On the same day, the 10 new Regional Football Association (RFA) chairmen who were elected across the country last Friday will also go to the polls to elect two persons from among them to serve their interest on the ExCo.

COVID-19: Finance Minister Authorised To Spend GHS1.2bn From...
9 hours ago