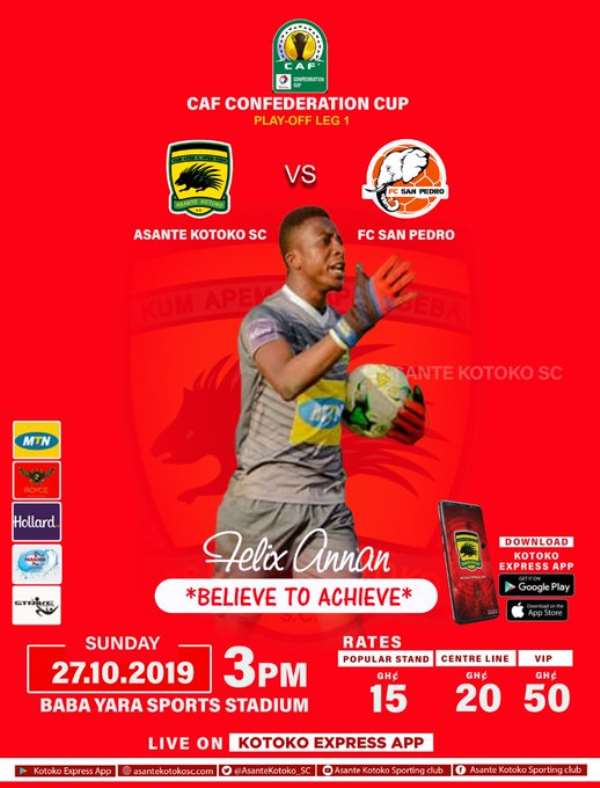 Ghana Premier League side, Kumasi Asante Kotoko has revealed the prices of tickets for their upcoming fixture against Ivorian club FC San Pedro in the qualifiers to the group stage of the CAF Confederations Cup.

Nicknamed the Porcupine Warriors, the team is the only representation from Ghana left in any of the continent’s inter-club competition.

They were initially competing in the Champions League but unfortunately lost to Tunisian side Etoile Sportive du Sahel in the final round of qualifiers to the money zone.

Having dropped to the second-tier inter-club competition, the Kumasi-based side now needs to beat FC San Pedro over the course of two legs to secure qualification to the Group Phase of the CAF Confederations Cup.

Ahead of the first leg of the tie which has been scheduled for Sunday, October 27, 2019, at the Baba Yara Sports Stadium, Kotoko has announced the prices of tickets to keep supporters informed.