2020 CHAN Qualifiers: 'We Did Our Best', Says Maxwell Konadu After Ghana's Failure To Qualify 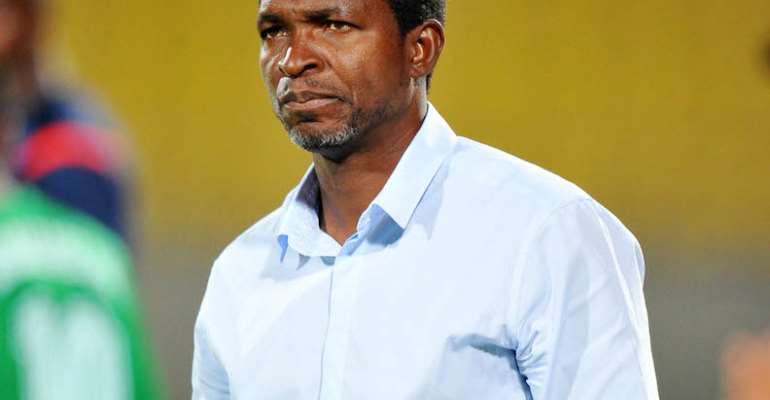 Following Ghana's failure to qualify for the 2020 CHAN, head coach of the Ghana Black Stars B, Maxwell Konadu, has praised the performance of his team despite crashing out by Burkina Faso.

The Black Stars B drew the second leg 0-0 in Ouagadougou after losing by a lone goal in Kumasi.

That notwithstanding, the former Asante Kotoko trainer thought his team played well against the Burkinabes.

“We played well and I’m happy with the team. They played really well,” Konadu said after the game.

“You could see the frustration on the part of the referee but in the end, I think this a wonderful group of players who have given everything they have.

“Even though the 0-0 wasn’t the result we were looking for, the boys played well,” Konadu said.

Ghana reached the final of the CHAN in the inaugural edition in 2009 and again in 2014 in South Africa.

Since then, however, they have been eliminated in the qualifiers by Cote d’Ivoire in 2016, with Burkina Faso kicking them out in back to back qualifiers for the 2018 and 2020 editions.