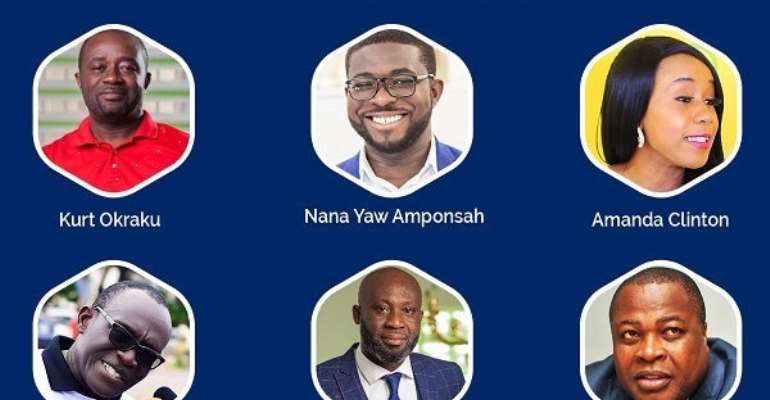 Five candidates vying for the Ghana Football Association (GFA) top job would outline their vision for the local governing body when they present themselves for the presidential debate later today.

Apart from George Afriyie who remains the only candidate to have pulled out of the novelty process citing travel commitment as his reason, all the other contenders have given their commitment to participate in the process.

Build up to this debate has been quite interesting as followers of the various aspirants have already occupied the media space predicting who would emerge as the best orator and manager with a better understanding of the game on the local scene.

Kurt Okraku, Fred Pappoe, Amanda Clinton, George Ankoma Mensah and Nana Yaw Amponsah are expected to display their depth of knowledge to the delegates concerning football management in the country and beyond.

Perhaps the outcome of the debate might be insignificant to most of the delegates who have, by now, already made up their minds but it would afford most Ghanaians the opportunity to assess which of them possess an in-depth understanding of the terrain they wish to work in.

Most importantly this debate is expected to reveal which of the candidates possess the best ideas to run the association which had been under the control of embattled Kwesi Nyantakyi over the last 12 years before the number 12 expose’.

But for Clinton and Mensah, who are not deeply-rooted in football management, the other candidates have had some past relationship with the association and have a better grasp of its working which could put them in advantageous position answering questions on it.

Nonetheless, all the candidates are expected to demonstrate adequate knowledge of football management as well as outline achievable visions on how the GFA can be moved to the next stage and wean itself of the corruption tag.