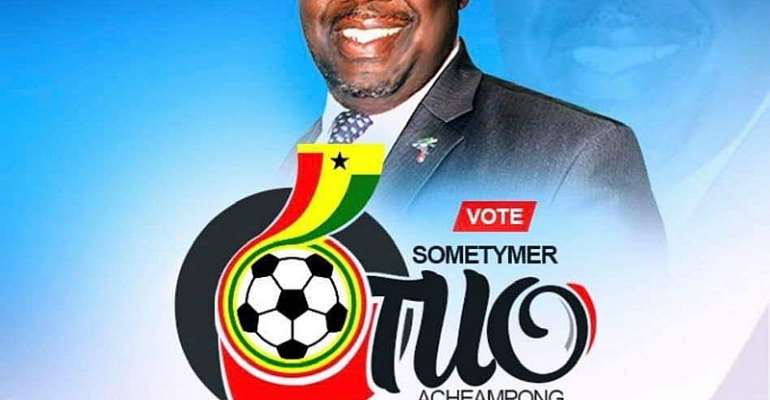 Speaking exclusively in an interview with SportsworldGhana.com ahead of the elections, he extensively spoke about the ill situation confronting Division One League players and how it will be handled with seriousness when voted to serve on the GFA executive council.

According to him, when the league is branded very well devoid of negative reportage by the media, it would be easier to secure sponsorships from the corporate world and by so doing club officials won’t struggle to raise money to pay their players.

This he says, will be worked on thoroughly to make the Division One League a better one when voted to serve on the new executive council.

He says ”I think they should be paid and paid well. You see my area is supply chain and if you really understand what goes on you should be able to create value but how do you expect club owners to pay footballer when they are not getting anything, the solution is quite easier, let us create a good reputation and once we are able to create that reputation, there will be people who will be interested to put money in the business,”

Otuo Acheampong who has a solid managerial achievement of managing three different top radio stations in Ghana’s second-biggest city- Kumasi mentioned that when investors put their money in the business, as a result, a good reputation, players plying their trade in the country’s second-tier league, will be paid good monthly wages to help make the league a better one.

”The other thing is that when the basis are not right when the fundamentals are not right then obviously the figures will expose you. So what I am saying is that let us, first of all, make sure that we create that environment where we have media people who speak about the league, the public and let them understand that look let us not demonize our game but that could only be done when you have people who seem to be credible, when integrity issues are very well, of course, there are a lot of sponsors out there who will be ready to sponsor the league.

”Why is it that people are sponsoring the various sports programs, it’s because they are telling them what they need to hear so why is it that the GFA will not have sponsors? he quizzed

”Let us create a good environment, let us make sure that we don’t spoil it, we don’t give it a bad name but we can only do that by engagement and that is why I said that we are in a critical position to get them to involve and move along with them.

”I am saying that we will involve them to be part of the system and of course once that is done business are all over to and they want to be in football by so doing we will be able to pay them.

”Issues of vandalism, hooliganism, bad officiating are negatives that affect the league but when there are really rules that are practical I think those issues will be sorted,” he concluded.

The Ghana Football Association elections is slated for Friday 25th October, 2019 in Accra.