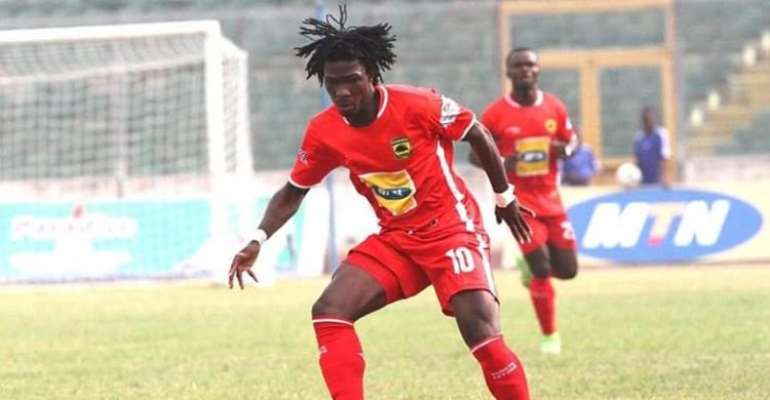 The future of the Norwegian tactician has been in doubt after failing to secure a group phase qualification in the CAF Champions League with the club.

To get matters worse, multiple reports emerged that the former AhantiGold SC gaffer has been coaching with forged certificates.

With the appointment of Karela United coach, Johnson Smith as the first team assistant coach, it is believed that he [Johnson Smith] will eventually replace Zachariassen as the head coach of the coach.

However, Mr Amoako insisted the 50-year-old trainer is what they want and are ready to keep him adding that he has been coaching the club with a certified certificate.

“It is not true that Kjetil Zachariassen does not have a certificate, it is not true,” he told Kumasi based FOX FM.

“Let me explain this certificate issue. The coach produced a licence from Norway, all that we needed to do was to send this licence to CAF to state its equivalence in CAF licence A or UEFA licence B.

“We did just that and CAF said let's give him a provisional licence for him to do his work, because based on his CV and everything, it could, they (CAF) could not come clear, it could be equivalent to licence A of CAF or UEFA. So he's been granted a provisional licence to coach and once that is given him you have no other alternative.

“So after that, they will still have to look at the equivalence, once he's coaching it's provisional given him for one year. It's up for him to regularise it, just regularise it to meet the standard or top it up, it doesn't mean he doesn't have the license", he explained.

The 26-year-old left the shores of the country with the permission of the hierarchy of the club and tried to force his way out of the club after Orlando Pirates and ZESCO United made a bid for the pacy forward.

"It's not that I don't like [Songne] Yacouba, no one slaughters their hen for nothing. Yacouba is a great player for Kotoko. I am assuring the supporters that I don't hate Yacouba but I want Kotoko to get great players like Yacouba", George Amoako said.

“For now by grace, we have a very good relationship with him, he is training strongly and playing well. I wouldn't like to say anything to have a slip of tongue, I bless him outrightly because now he himself has sat down and apologised and spoken with us and peace has prevailed and God is also blessing him and he is playing wonderfully well.

“I'm praying that on 27th [October against San Pedro in the Confederation Cup playoff] he will show his rekindling development, so there's no issue with Yacouba, he has a contract with Kotoko and he's executing the contract.

“Very soon we will see whether or not to renew his contract, we will do it, and there is no problem with Yacouba. He is doing so well in training now, he is scoring the goals and we hope it helps the team", he concluded.