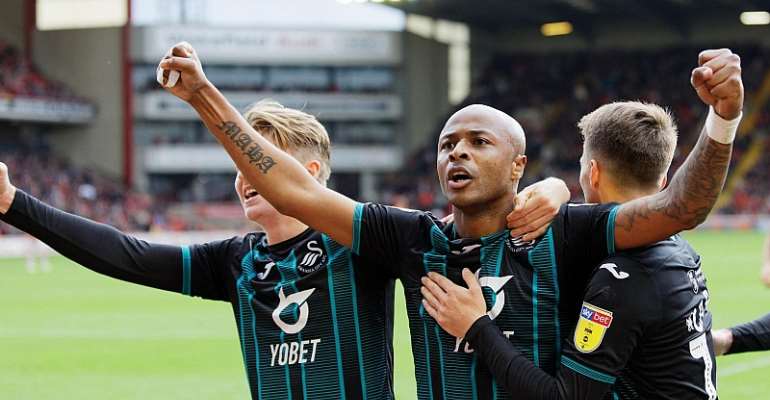 Swansea City boss, Steve Cooper has heaped praises on Andre Ayew for his impressive performance in the English Skybet Championship.

The Black Stars skipper scored his third goal of the season against Barnsley on Saturday in a stalemate against the Swans.

The 29-year-old has been churning out some impressive numbers after deciding to stay with the Welsh-based side despite receiving multiple offers in the summer.

His goal against Barnsley help earned a point away from home as Swansea places third on the league table with 22 points.

“You forget with Andre a little bit that he came in late, and even though we put him straight into the team he had to get up to speed with his fitness.

“He’s said himself, he’s starting to feel a lot stronger. I think that’s showing, not just his goals but in his performances.

“I thought he was a real threat, and worthy at least of his goal.”

Ayew has made three assists in 10 appearances for Steve Cooper's side in the ongoing season.