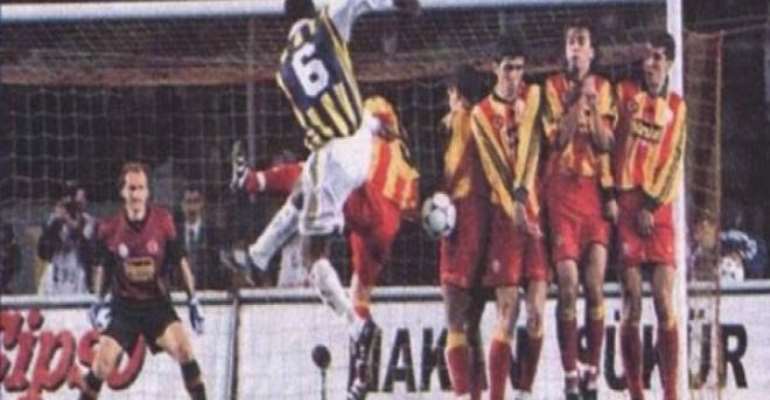 Former Black Stars defender, Sam Johnson was one of the few players who lifted the flag of Ghana high in Turkey.

The bulky centre back hit the grounds running at the club and became one the best players for the club.

In a cracking game against Galatasaray, Johnson scored a stunning goal in the Super Lig to propel his side to victory.

Johnson played for Kayserispor, Gaziantepspor and Fenerbahçe SK in Turkey, Anderlecht in Belgium and Kalamata in Greece.