Musings On The GFA Election 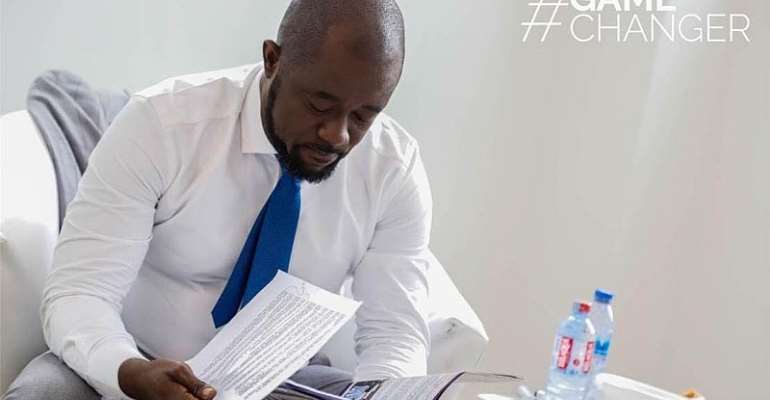 It looked like the day was so far away and it won’t get nearer to us but here we are with a few days left to the momentous Ghana Football Association (GFA) Presidential election. Football people have been eager to see a new life for Ghana football more than a year after the ignominious fall of the Kwesi Nyantakyi administration.

Campaign teams of the six candidates have been on the ground, engaging the all-powerful 120 delegates, making every effort to win their vote and confidence for the October 25, 2019 election. Manifestoes have as well been launched, thoroughly dissected and digested by the media, with contestants mostly spearheading the largely healthy media discourse on their plans.

It was naïve, even ignorant to assume that, there was no need for candidates to tell not just delegates but indeed Ghanaians of their plans to revive the country’s increasingly declining fortunes in football. We’ve had a glut of documents flying around in the media space, each proffering not vague but mostly clear, specific solutions to problems afflicting our football.

When I thought Kurt Okraku’s ideas bank was rich, I was wowed by that of Nana Yaw Amponsah. George Afriyie’s zealous thoughts on how to change things are admirable same as Fred Pappoe’s well-thought vision to carve a new image for Ghana football. It is utter disrespect to dismiss anything George Owusu Ankamah and Amanda Clinton have put forward in their manifestoes but I say unequivocally that, I am not moved so well by their documents.

It’s disappointing that, George Afriyie has declined to be part of Monday’s debate at the College of Physicians and Surgeons. I think he should have been part. For me, George Afriyie and Kurt Okraku are the two front-runners and that’s not to disregard the chances of Nana Yaw Amponsah and Fred Pappoe springing a surprise.

The view that the 120 delegates don’t need the Presidential Debate to decide on their choice is uncontestable but it’s helpful that, candidates make themselves available for such media interactions so as to continue enriching the pre-election discourse, which has so been fine.

George Afriyie’s commentary on Kurt Okraku vis-à-vis the latter’s timely and appropriate response, interestingly sought to stoke fire as sections of the media also attempted to fan the flames. The fire, if at all there was any, died naturally as the two kept their focus. I liked that.

With disqualified, Wilfred Kwaku Osei (Palmer), fighting legitimately at the Court of Arbitration for Sports (CAS), hoping to be reinstated, and the outcome of his case yet to be known; it will be interesting to see the impact of a turnaround in the fortunes for Palmer in the election.

Is there the possibility of CAS directing the Normalisation Committee (NC) to reverse its decision on Palmer? CAS’s directive to the NC to respond to matters raised by Palmer in his case is procedural. It gives no firmer indication of Palmer winning the case. What will, however, be the implications if Palmer wins at CAS? Will that change how delegates will vote? Your guess is as good as mine.