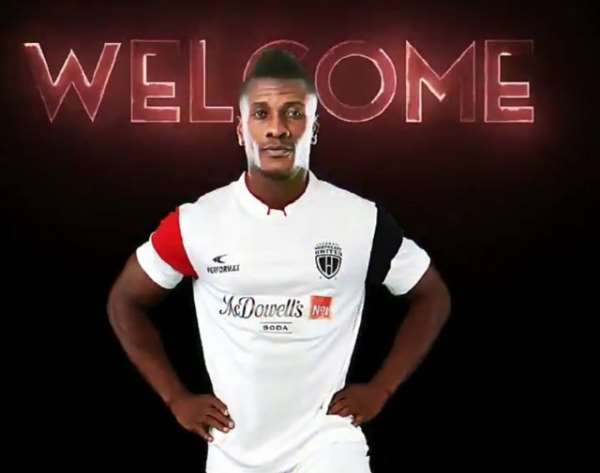 Former Ghana captain Asamoah Gyan headlines the start of the 2019/20 Indian Super League and is expected to make his competitive debut for NorthEast United away at defending champions Bengaluru today, Monday.

The 33-year-old forward joined NorthEast United last month from Turkish Super Lig side Kayserispor, to open a new chapter in his club career that has seen him play in England, France, Italy, China, and the United Arab Emirates.

The Indian Super League kicked off on Sunday with one match being played and Gyan’s side get their campaign underway against Bengaluru, who will also be kicking off their title defence bid.

On top of Bengaluru coach Carles Cuadrat’s mind is the prospect of his charges coming up against ex-Ghana captain Gyan.

“NorthEast United is a completely different team with a different coach. It is going to be a tough game for us," Spaniard Cuadrat was quoted as saying by Indian publication Business Standard.

"We have no idea about what NorthEast is going to offer. They have made some good signings like Asamoah Gyan.”

Gyan’s arrival in India appears to have heightened anticipation of this season’s league campaign.

At NorthEast United, Gyan will be under the tutelage of former Real Madrid and Croatia international left wing-back Robert Jarni.