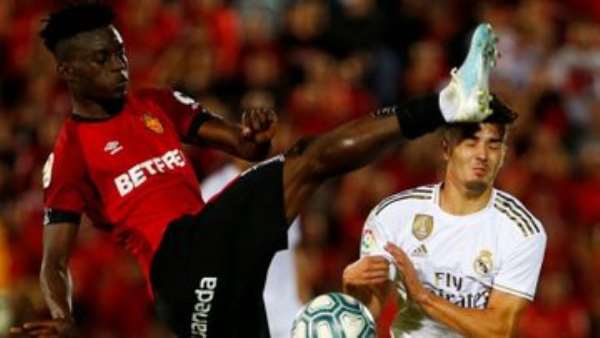 Midfielder Iddrisu Baba started and lasted the entire duration of the game as Mallorca beat Madrid 1-0 in the league at San Moix for the first time since 2006 and 13 years later thanks to a scintillating first-half strike by Junior Lago.

Alvaro Odriozola allowed Lago too much room to cut inside and was then sent off late on, even if Madrid’s attempts at a comeback looked doomed well before they were reduced to 10.

Defender Lumor Agbenyenu, the Black Stars left-back, enjoyed 45 minutes game time after coming on for Joan Sastre Vanrell at the start of second half.