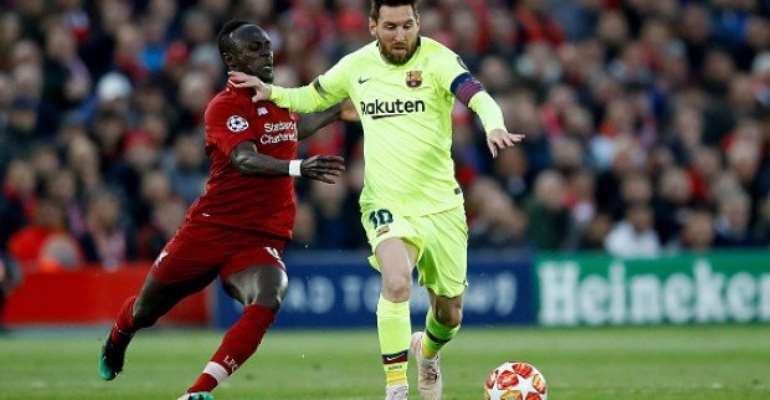 Sadio Mane admits it was a "great compliment" to be Lionel Messi’s number one vote for The Best FIFA Men’s Player award.

The Liverpool winger received Messi’s top vote for the award last month, with the Barcelona winger eventually picking up the prize himself, with Mane coming in at number five.

Messi also voted for Ronaldo and his new club-mate Frenkie de Jong, but it was Senegal international Mane who took the number one vote from the Argentinian forward.

“It’s a great compliment when Messi votes for you,” Mane said in an interview with The Sunday Times.

“If you look at where I’ve come from, it shows I’ve come quite far. Without being for a long time at an academy, I got here.

“All I can say [to kids] is to keep working hard and go for your dream.”

And on whether or not he would return the favour for Messi if given the chance, the Liverpool winger joked: “Yes, for sure...after Virgil [Van Dijk]. No, Virgil is a great, great player but sorry Virgil, it has to be Messi before you.”

Having shared the Premier League Golden Boot last season with fellow African stars Salah and Arsenal striker Pierre-Emerick Aubameyang, Mane has made another blistering start to the current campaign.

The 27-year-old already has five league goals to his name, as well as scoring the opener in his side’s dramatic 4-3 Champions League victory against Red Bull Salzburg earlier this month.

He says the decision to join the Reds was "the best of his career" after making the move from Southampton three years ago, but admits that meeting Jurgen Klopp for the first time was slightly overwhelming.

“He was talking too much and I said, ‘Wow, this is going to be tough for me because I’m a little bit quiet.'

“Klopp is a really nice guy. Everybody loves him and that is more important, to be honest [than all the talking].

“He is a bit of a funny guy but at the same time he is a serious guy.”

Mane will be looking to continue his fine start to the new campaign as Liverpool look to maintain their 100 percent record in the Premier League this term when they visit old rivals Manchester United on Sunday.