Glazers At Man Utd For The Long Term - Woodward 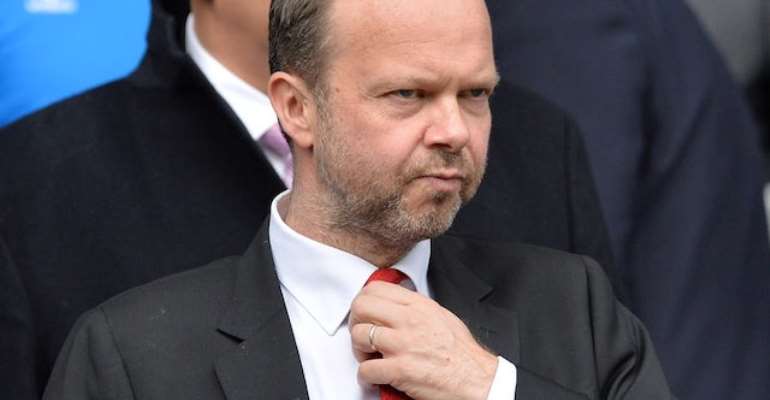 Manchester United executive vice-chairman Ed Woodward believes the club's American owners, the Glazer family, will remain in control of the club for the "long term.

The Glazers completed their controversial takeover at Old Trafford in 2005, with their ownership the subject of intense focus ever since.

Fans have planned a protest against the Glazers ahead of Sunday's Premier League meeting against Liverpool with United languishing down in 12th in the table.

Saudi Crown Prince Mohammed Bin Salman has been linked with making a takeover bid for the club. However, Woodward rebuffed talk of a takeover bid.

"Based on what I see, they're in it for the long term," Woodward told the United We Stand fanzine of the Glazers.

"With regards to offers or asking prices, my understanding is that there have been no discussions for a price for the club or anything like that.

"Every conversation we have is based on the long-term."

Woodward also defended the Glazers record of leveraging huge debts upon the club.

"The debt is a long-term, structured and similar to some other football clubs. It's a fixed amount for a fixed period of time which results in it being fairly cheap to service," he added.

"It's just under two per cent our annual revenue each year, so it doesn't really have any impact on us."

Woodward has also been the subject of fierce criticism for his recruitment of players and managers in the six years since legendary former manager Alex Ferguson retired in 2013.

United have not won a league title since Ferguson left and finished outside the top four in four of those six seasons.

"I understand the scrutiny; it's part of the job," said Woodward.

"We have to do everything that we possibly can to get back to winning the Premier League.

"We are not successful until we do. Second is not success, we have to win the Premier League."

FixingTheCountry Movement to march in support of Akufo-Addo'...
9 minutes ago