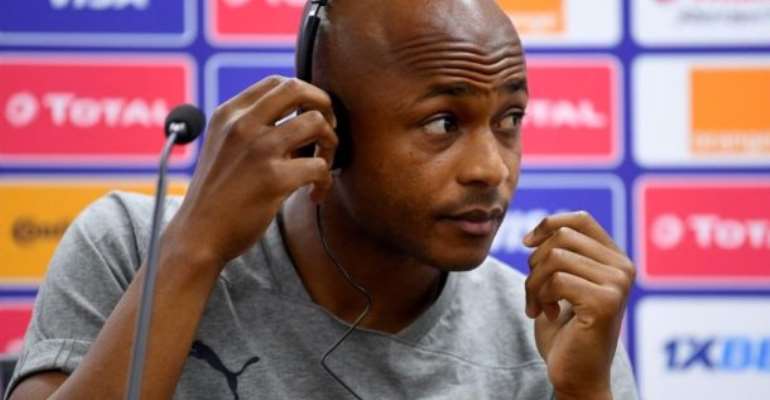 Black Stars captain, Andre Ayew has blasted the Normalisation Committee of the Ghana FA insisting the players are ‘disappointed’ that the caretaker body has been unable to organise friendlies for the national team since they took charge over one year ago.

The Swansea City ace revealed that the current leadership of the federation have not even explained to the Black Stars why friendlies have not been organised for the side with important qualifiers looming.

The son of Ghana legend Abedi Pele says they have been left frustrated over the lack of matches during international breaks when their other opponents have used such opportunities to play friendlies.

The four-time African champions consistently took advantage of the international breaks to play friendlies during the reign of Kwesi Nyantakyi to keep the side in shape for their competitive matches.

However since the Normalisation Committee took charge when Nyantakyi resigned before he was banned by FIFA, the caretaker body has been unable to organise matches for the side leaving players to idle during the international breaks.

This is the fourth international break in the row that the Black Stars have been without friendly opponents and with their disastrous outing at the recent AFCON in Egypt measures should have been put in place to improve the side.

Several African sides have used the past one week to play friendlies with Senegal and Nigeria securing high profile matches against Brazil over the past seven days.

Ayew, who led the Black Satellites to victory against Brazil in the final in Egypt 10 years ago, reflected on the triumph after the current senior Black Stars side went through another international break without any fixtures.

“We are very disappointed because in the last two international windows we did not have any friendly games and we don’t know why,” the Swansea forward told BBC Sport.

After their disappointing round-of-16 exit from this year’s Africa Cup of Nations in Egypt, Ayew says Ghana were hoping to use friendly matches to regroup and prepare for the qualifiers of the 2021 Nations Cup finals in Cameroon.

Ghana are in group C in the qualifying campaign, alongside South Africa, Sudan and Sao Tome e Principe.

The Black Stars begin the quest for a fifth title next month against South Africa having last won the continental showpiece event in 1982.