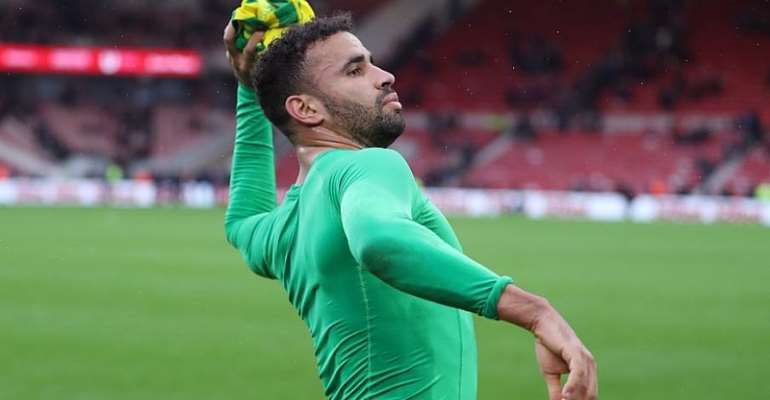 Hal Robson-Kanu kept West Brom top of the Championship with a dramatic 1-0 win over Middlesbrough, while Leeds celebrated their centenary by beating Birmingham on Saturday.

Albion preserved their position at the top of the table after Wales forward Robson-Kanu scored in the 82nd minute at the Riverside Stadium.

Robson-Kanu's goal, which secured Albion's first win at Middlesbrough since 2009, was the perfect way to celebrate after he signed a two-year contract extension this week.

The Baggies have lost just once under boss Slaven Bilic, who said: "It is a positive pressure. That is why we trained from the end of June, to try to win games.

"The more you win the closer you will be to the top of the table and that adds to the pressure. It's enjoyable."

The club reached their 100th birthday on Thursday and marked the occasion with several events around the city.

Fittingly, it was Leeds-born Kalvin Phillips who struck in the 65th minute to leave Marcelo Bielsa's team two points behind West Brom after a 1-0 victory.

"Sometimes God put things in the right place. Phillips is playing at Leeds and now he will stay in the history of the club for this goal," Bielsa said.

"It was a really important match for us to win. The team showed that in every moment.

"I am proud to have this job at a club with such important history. That increases the duty I have."

Third-placed Swansea were held 1-1 by managerless Barnsley at Oakwell.

The Swans went ahead when Andre Ayew found the net in the 67th minute, but Alex Mowatt replied shortly afterwards in the Reds' first match since the departure of head coach Daniel Stendel.

Juninho Bacuna came off the bench to seal a 2-2 draw for Huddersfield at Blackburn.

Eberechi Eze scored two penalties to ensure QPR came from behind to beat Hull 3-2 at the KCOM Stadium.

Charlton moved into seventh after beating Derby 3-0 at The Valley, while Bristol City's unbeaten run on the road ended with a 3-0 defeat at Luton.

Brentford scored three times in the final six minutes to secure a 3-2 comeback win over Millwall at Griffin Park.

Ollie Watkins' missed penalty looked to be proving costly for the Bees when Tom Bradshaw and Jed Wallace put Millwall 2-0 ahead.

But substitutes Josh Da Silva and Bryan Mbeumo struck before Watkins atoned for his earlier blemish with the winner.