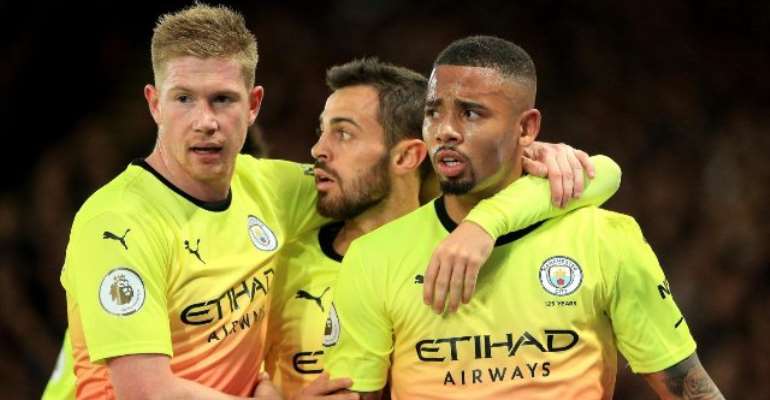 Gabriel Jesus scored his 50th goal for Manchester City as they strolled to a 2-0 win away to Crystal Palace.

His side had up to 80 percent possession at times as they bossed the game. The home side held out until the 39th minute when Bernardo Silva's cross was glanced in by Jesus off his shoulder.

Palace tried to replicate the counter-attacking tactics that brought Wolves' success against City a fortnight ago but were unable to have enough of the ball and were chasing shadows for the entire game.

Despite bringing on Andros Townsend and Christian Benteke, it failed to stem the tide as Sterling hit the post and Jesus was twice denied by a brilliant save by Wayne Hennessey.

Benteke's header was brilliantly tipped onto the bar by Ederson but Fernandinho and Rodri handled their defensive duties well as City cantered to victory to move five points behind leaders Liverpool, who face Manchester United at Old Trafford on Sunday.