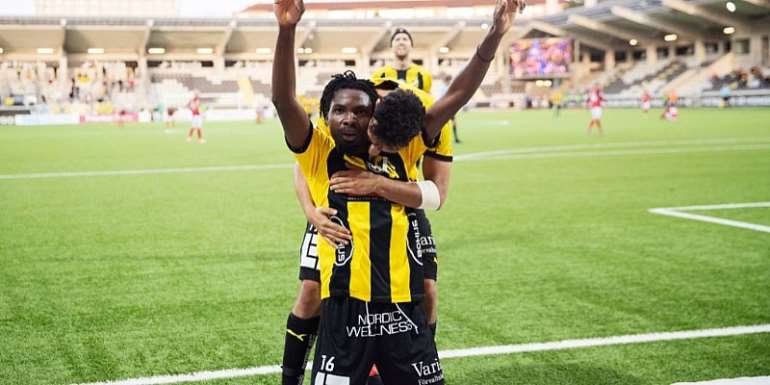 Ghanaian forward Kwame Kizito was on target on Saturday afternoon when his BK Hacken side posted an emphatic 2-0 win over Helsingborg in the Swedish top-flight division.

The two middle table teams went into the match week 28 fixture looking to amass all the 3 vital points to boost their chances of getting into the top four of the Swedish Allsvenskan.

At the end of a pulsating encounter, however, it was the away side that reigned supreme at the Olympia Stadium.

The side managed to score a goal in each half to deepen the woes of Helsingborg who has now dropped on the standings. First, Brazilian winger Paulinho scored from the spot to give BK Hacken the lead in the first half, before Kizito cemented to win with a goal of his own on the 55th minute.

Those strikes were enough to steer the former Hearts of Oak striker and his teammates to victory even though he was substituted with 10 minutes to end proceedings.

The forward has gradually established himself as a key asset for the Swedish side and now has 3 goals to his name in the ongoing campaign.