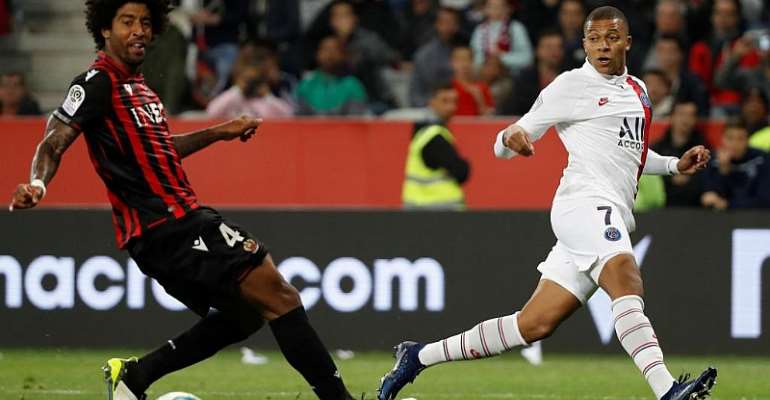 Di Maria put PSG in a comfortable lead Friday, scoring within 15 minutes into the match.

Six minutes later, he scored a sublime lob from a tight angle, taking his tally for the season to seven.

Only Kylian Mbappé has been involved in more goals in France this year than Di Maria, although this time the striker was only fit enough to make the bench for the French trip to the Côte d'Azur.

Marquinhos replaced PSG captain Thiago Silva at half-time and headed against the crossbar at a corner, but a mistake from the Brazilian presented Nice a lifeline on 67 minutes. It would be short-lived.

Mbappé return
Wylan Cyprien was shown a second yellow card and Christophe Herelle was dismissed for violent conduct in the aftermath, effectively dashing Patrick Vieira's side's hopes of a comeback.

Without Neymar and the influential Idrissa Gueye, both injured, PSG coach Thomas Tuchel threw on Mbappé for the final eight minutes and the French champions made the most of their two-man advantage.

Mbappe drove low under Benitez to claim his first goal since 11 August and then laid on an assist for Mauro Icardi to tap home in stoppage time.

PSG move five points above Nantes, who visit Metz on Saturday. If Nantes win, they could trim PSG's lead back to two points.