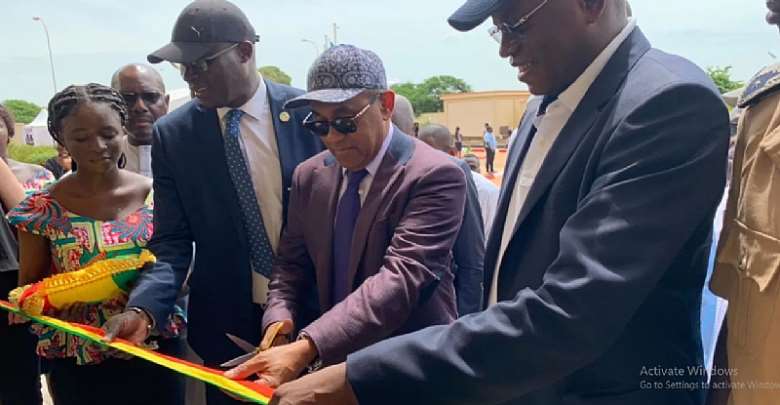 Built on 20 hectares, the Centre has residential facilities and office spaces, surrounded by football pitches made with both natural and synthetic turf. The facility, donated by CAF to the Senegalese Football Federation in July 2018, is an example of CAF's new decentralization policy, which aims to give zonal and regional football bodies the support they need to achieve excellence, whilst simultaneously emphasizing the importance of maintaining facilities to the highest standards, so that football teams and players can benefit from using them.

Speaking at the official opening of the Youssoupha Ndiaye Centre of Technical Excellence the CAF President said: “This centre will be a great asset to Senegalese and West-African football. It will provide opportunities for players, teams and officials to train to the highest standards and to use its facilities to hone and develop their playing skills. I’m particularly thankful to the Senegalese authorities for their support with this project and I am certain that the Youssoupha Ndiaye Centre of Technical Excellence in Guerrero will be a tremendous asset in developing African football, as well as a very popular training venue.”

Adding to the words of the CAF President, Augustin Senghor, President of the Senegalese Football Federation said: “This great gesture from CAF will allow Senegal to discover, nurture and develop some amazing football talents that will become the pride of our country and our continent.”

President Ahmad, along with a delegation that included FIFA Secretary-General and General Delegate for Africa, Fatma Samoura and Presidents of WAFU Zones A & B Antonio Souare and Djibrilla Hamidou, presented the winner’s trophy to the victorious Senegalese team. He also shared words of encouragement with the Black Stars of Ghana, complimenting them on their skill, passion and determination in reaching the Final of the WAFU Cup of Nations.