Video: How Africa Can Learn From StarTimes Synergy With Bundesliga To Grow Local Leagues 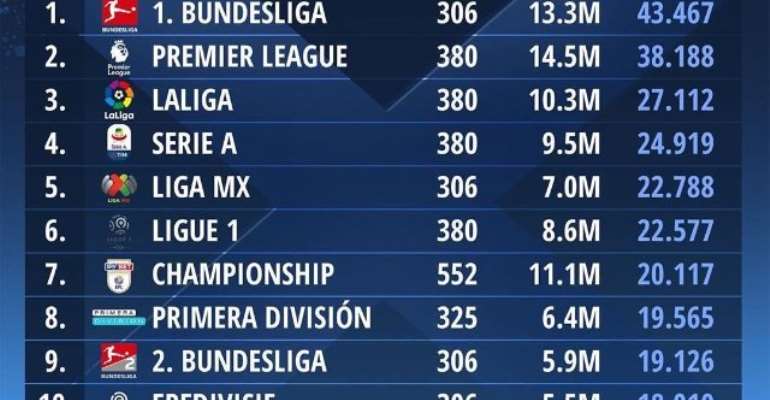 Dortmund, Germany - There was a brief silence in the room when Daniel Parker made the statement.

"The Bundesliga averaged an attendance of 43,000 fans per game."

To put that in context, an average Bundesliga game could fill the Accra Sports Stadium, and there'd still be 3000 human beings waiting outside the gates for seats.

Parker was speaking to journalists gathered at the German Football Museum here for a workshop, facilitated by pay-TV giant StarTimes, on improving standards in football leagues.

As a Public Relations officer of Bundesliga International, Daniel is proud of these numbers.

"If you think of the fact that Borussia Dortmund alone is averaging 50,000 fans per game, then you know we are doing something right. And I believe it can be done elsewhere."

The 17 journalists present from nine countries, including Joy Sports' Gary Al-Smith, lapped up the ways in which the Germans had built such an attractive product.

Pointers included:
1) Clubs must go into communities they are situated in and serve them. Forge relationships through projects that show a human face of clubs.

2) Invest in technology that attracts audiences, especially young people, to follow and talk about the league.

3) After acquiring technology, train people to be competent in them, making sure that the knowledge is transferable across generations.

4) Ensure that the integrity of the league is protected at all costs. Integrity results in trust, which, in turn, translates into corporate interest.

5) Make a commitment to give fans an experience when they visit stadia. Let match venues be havens of fun and social gatherings, rather than just places to spend 90 minutes.

6) Ensure that broadcast partners, such as StarTimes is with the German top flight, gets mileage for its spend on the league.

The workshop is part of a larger tour for these selected journalists to build capacity and to experience the Bundesliga first hand. They will be, by courtesy of StarTimes, be watching two lives games this weekend and attending VIP events.