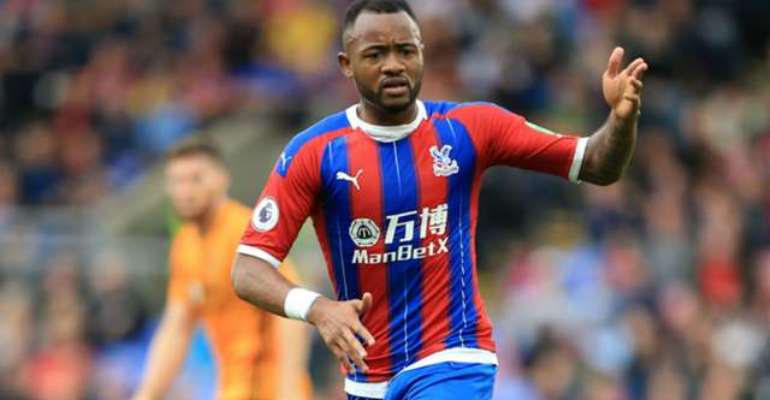 Two of the season’s big surprise stories meet on Saturday when Manchester City roll up to Selhurst Park to take on high-flying Crystal Palace.

The Eagles are soaring at an unprecedented altitude so far this season, and are up in sixth of the weekend’s hostilities. They have achieved this by doing what they do typically: one could set a watch to the consistency of Roy Hodgson’s dour football, but it is getting the job done, much as it always has.

That they are so high is, of course, a consequence of sluggish starts from some of the league stronger sides: both Tottenham Hotspur and Manchester United are firmly ensconced in mid-table, undergoing existential crises, and even Chelsea are only above them on goal difference.

Manchester City are themselves in the grip of this strange torpor, even though their nominal second position on the log would suggest otherwise. They trail runaway leaders Liverpool by eight points, and have lost two of their last four, exposing a tender underbelly in defence and severely undermining the prospect of a historic title three-peat.

While it is generally accepted that Palace’s current standing in the league is unlikely to last, Pep Guardiola’s Citizens are expected to be in contention for the title going into the very final stages of the season. That is not to say, however, that the pretenders cannot make one last statement before regression invariably sets in.

After all, there are few teams who can lay claim to having taken points of Manchester City in each of the past two seasons. On both occasions – the goalless draw in London in 2017/18 and the 3-2 victory at the Etihad last term – Guardiola was leading a side that seemed all but impregnable. This time, not only are there notable chinks in the armour, Palace have in their ranks something they have not always had: a centre-forward in the right mould and form to take advantage.

It is safe to say that Jordan Ayew’s start to the Premier League season has been better than even he might have envisaged. Three goals in seven is already two more than he managed in 20 appearances last term, and the strikes have been of the most crucial import: he opened the scoring at Old Trafford in August as Palace stunned Manchester United, then scored a quite stunning solo winner at home against Aston Villa the following week.

His latest, a predatory finish from just inside the six-yard box which underwent a vigorous going-over by the Video Assistant Referee completed a come-from-behind victory away at West Ham United. Of the four matches Crystal Palace have won this term, Ayew has only failed to score in one.

Indeed, go back a little further and it appears that his form so far this term is merely an extension of his campaign at the Africa Cup of Nations in Egypt, where he led the line with aplomb for Ghana’s Black Stars, scoring twice (against Benin and Guinea-Bissau) in four matches.

Manager Roy Hodgson sees the connection with “…the way he had such a good tournament at the Africa Cup of Nations, came back virtually without any rest at all and immediately threw himself into pre-season" and his form during the early stages of the campaign.

Having struggled for form all of last season, keeping a match rhythm rather than opting for a few weeks of rest could, counter-intuitively, explain the sudden reversal in fortune. Essentially, Ayew is riding the crest of a wave that has stayed at its highest since the Afcon, creating something of a virtuous cycle.

“I think he is a player who, the more he plays, the more confidence he gets from knowing he is one of the first names on the team sheet,” said Hodgson.

Certainly he has benefitted from being first-choice upfront, and he has led the line in seven of eight games so far this term. It is a nice change from making just 14 starts all of last season, and his relish has been, to make an unfortunate association, in stark contrast to the struggles of Christian Benteke at Selhurst Park.

Ayew is just so much more suited to the strategy of the side, working tirelessly from the front to shut down opposing defenders, and also being an absolute nuisance in the channels.

While he does have a great deal of technical ability and composure on the ball, it is his movement that often makes keeping tabs on him difficult, and taxes the concentration of his markers.

It sets up Saturday’s visit of Manchester City all the more intriguingly. Is there a more on-edge, frayed defence in the Premier League right now?

Probably not.
Witness the ease with which Raul Jimenez skipped past Nicolas Otamendi time and again a fortnight ago at the Etihad, and it is not difficult to imagine Ayew doing the same: dragging the Argentine into uncomfortable zones on the pitch, before then leaving him on his backside.

For a City side that can ill-afford to lose any more ground, things could very well get even worse on Saturday.

FixingTheCountry Movement to march in support of Akufo-Addo'...
38 minutes ago