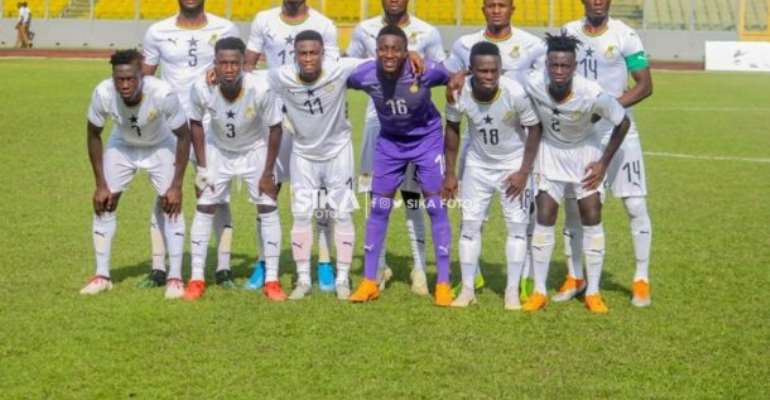 Coach Maxwell Konadu says his side will shock Burkina Faso in Ouagadougou on Sunday 20th October in the qualifiers for the Championship of African Nations 2nd leg qualifiers.

The Burkinabes stunned Ghana by a lone goal in the first leg encounter at the Baba Yara Sports Stadium but will need to overturn the scoreline to boost their qualifications chances.

According to the Black Stars B trainer, the Burkinabe side will face a different side to the one they beat in Kumasi a fortnight ago.

He says after playing against Burkina Faso in the Wafu Cup where they drew he has figured out a way to beat the tough Burkina Faso side.

Konadu says he is very confident Ghana 'will' qualify to the CHAN tournament.

Burkina Faso has in recent times been a thorn in the flesh of the Black Stars B team firstly in 2017, they prevented Ghana from reaching the CHAN tournament after Ghana had played a 2-2 drawn game in Ougadougou and ended up losing 2-1 at the Baba Yara Stadium.

At the quarter-finals of the Wafu cup tournament it ended in a draw before Ghana progressed via penalty shoot out.