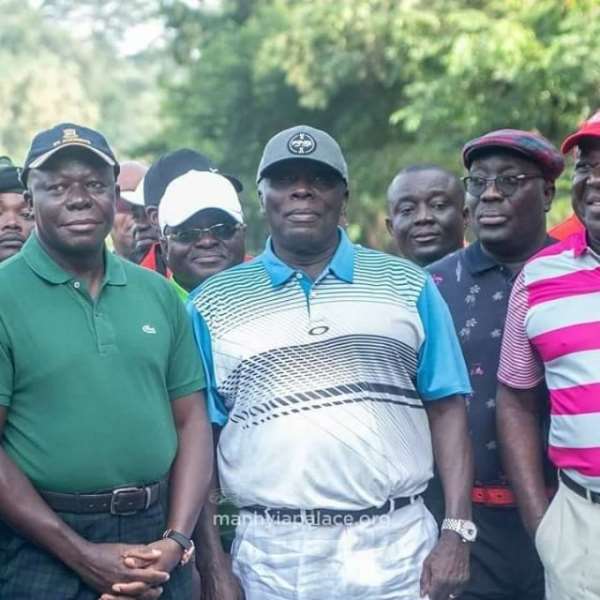 The best and experienced golfers in Ghana are preparing to compete for a ‘royal purse’ at this year’s Okyenhene Invitational Golf Tournament set to tee off this Saturday, October 19.

The Cocoa Scientific Research Institute Golf Club at Tafo in the Eastern Region will host the 9-hole event specially designed as part of the activities to mark the 20th-anniversary celebration of the Okyehene, Osagyefuo Amoatia Ofori Panin.

Apart from expecting the four pillars of MTN Golf – Leadership, Integrity, Innovations, and Relationships to be hoisted to its highest esteem, the organizers of the Okyehene Invitational Golf tournament – MTN Ghana will also use the event as an opportunity to engage its stakeholders in the Eastern region.

According to a statement from the telecommunication giants [MTN], they find it a great pleasure to share in the significant milestone in the reign of his majesty – Osagyefuo Amoatia Ofori Panin who happens to be one of the key stakeholders and influencers in the country and particularly within the Eastern Regional Business District.

“Wish to express their profound gratitude to him for his consistent support and guidance to the business over the years. MTN through his royal majesty has built and maintained a strong relationship with Ofori Panin fie, the Akyem community and the Traditional Abuakwa Council. As a business that is committed to the socio-economic development of the country.

“MTN salutes Osagyefo’s consistent interventions in the areas of environment, health and education in the Akyem community. Looking forward to enjoying continuous support and collaboration with Okyeman and all its stakeholders in the years to come.

“We wish Osagyefo many more years of peaceful transformational reign characterized by unprecedented economic development and commercial growth of Okyeman.”

The Emerald anniversary marks twenty years of good leadership, innovation and conservation and acknowledges the role of chieftaincy in national and social development.

National Cathedral fight: Eagle Prophet is the most useless ...
24 minutes ago