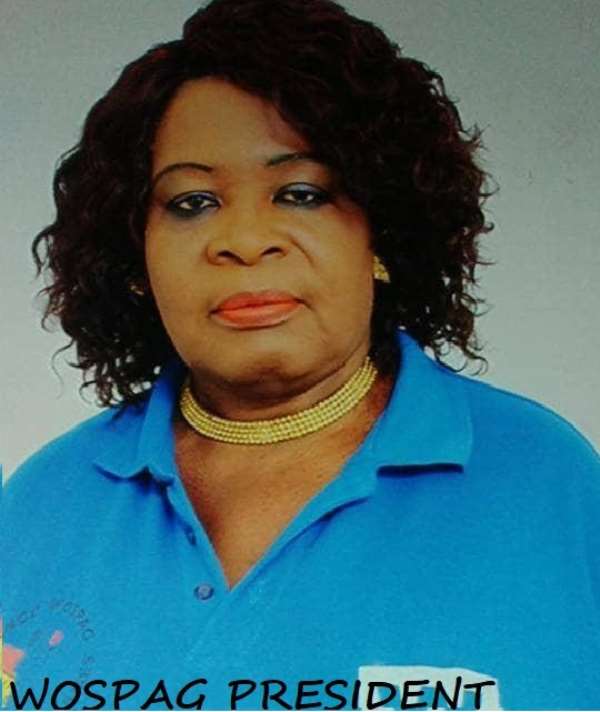 The President of Women Sports Association of Ghana (WOSPAG), Mrs Joyce Mahama has cautioned delegates who will be voting to elect members to serve on the Executive Council of the Ghana Football Association to be circumspect and decide on personalities who can work to reform the football fraternity in Ghana.

Speaking to Yours Truly on the much talked about elections, she commended Lawyer Amanda Clinton of Clinton Consultancy for her boldness to challenge six popular gentlemen for the topmost position to lead Ghana Football.

According to Mrs Mahama, though it will be tough for Miss Clinton, she has made a mark by coming up to contest and many able women in sports are going to follow.

On the four ladies vying for the single position on the Executive Council, she commended all of them and hoped that the best of them get the nod to contribute to the new direction of Ghana Football.

She noted that there is massive work to be done to lift up women’s football in particular and sports in general.

Habiba Attah, Rosalind Amoh, Evelyn Nsiah Asare and Edna Quargraine are contesting for one slot to serve on the new GFA Executive Council.

Mrs. Mahama was not happy with the recent performance of the Black Queens who missed the chance to play at the 2020 Olympic Games in Tokyo, Japan when they were pipped by the Harambee Starlets of Kenya.

She expressed that a lot needs to be done to psyche up the young ladies who play football because most of the time they dress and behave like boys.

She pleaded with the female footballers to dress and behave like girls as other nationals do.

She also advocated for the institution of a well organized inter-schools girls football competition across the nation to select the best talented and skilful young girls to represent the nation at the junior and senior levels, from basics to the tertiary level.