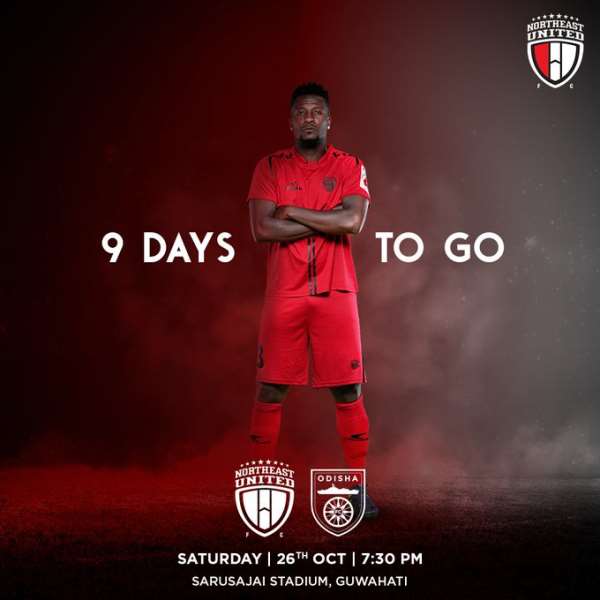 Ghana’s legendary striker, Asamoah Gyan is in contention to play his first competitive match for his NorthEast United side against Odisha FC at the Sarusajai Stadium in Guwahati next week.

The former Sunderland forward joined the side in the summer transfer window on a free transfer after mutually partying ways with Turkish Super Lig side Kayserispor.

With the Indian top-flight league expected to start next weekend, Gyan is reportedly fit and ready to play his first competitive game when they face Odisha FC.

He has already bagged his first goal for NorthEast United in a friendly encounter against the India National team which ended 1-1.

Ahead of the season opener, the striker says he has no personal targets but wants to help his new club achieve their goals at the end of the campaign.