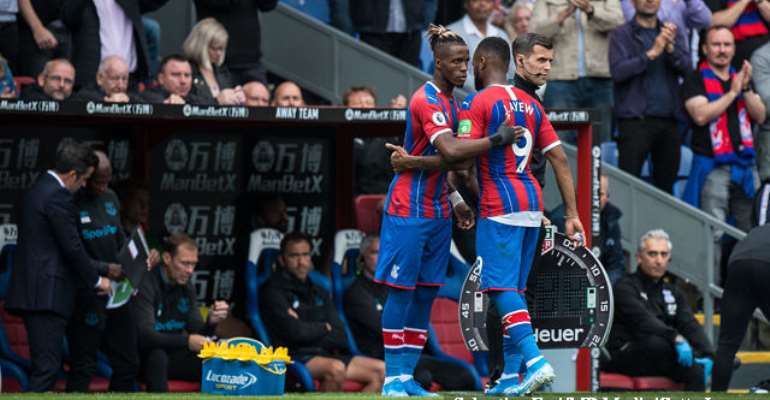 Black Stars striker, Jordan Ayew has tipped Wilfred Zaha to find his goal-scoring form for Crystal Palace in the ongoing 2019/2020 English Premier League in no time as they go into match week 9.

Zaha, the established star man for the Eagles has failed to score in the division in the first 8 matches. A statistic that has somehow taken the shine out of his outstanding performances for Roy Hodgson’s side.

During this run of scoreless run, Jordan Ayew has been the man banging in the goals to help Palace amass very important points both at home and on the road.

Speaking about Zaha’s importance to the Selhurst-based club, Ayew has backed the Ivorian winger to find his goal-scoring form very soon.

“Everybody knows the kind of player he is and the qualities he has got. In football there are tough times and good times but none of them last forever, so you just ride it out.

“You can see the way he is playing it’s just a matter of time before he starts banging them in”, Ayew told Mirror Sport.

Meanwhile, Crystal Palace is preparing for a big game against Manchester City this weekend. The two African stars are in contention to start the Saturday fixture and will be key if their club is to run away with any point at the end of the day.