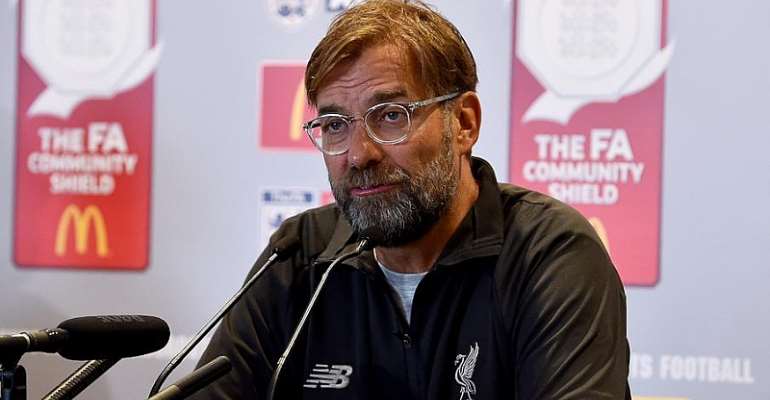 Liverpool manager Jurgen Klopp believes Manchester United will turn their floundering fortunes around, but wants to make sure they have to wait at least another week to do so.

Klopp's men travel to Old Trafford on Sunday already 15 points ahead of their rivals just eight games into the campaign.

United manager Ole Gunnar Solskjaer has called on his side to rise to the challenge of facing the European champions, citing it as the "perfect game" to motivate his struggling side.

Klopp has sympathy for Solskjaer's view, but he is confident of winning for the first time at Old Trafford as Liverpool boss.

"I don't think there are a lot of teams who would love to play against us at the moment. It looks like Man Utd is the only team that wants to play us, and we have to make sure that is a misunderstanding," said Klopp on Friday.

"I would do the same if the situation was the other way around. This is the game we can change the world, that is the way I would prepare it.

United will be without the injured Paul Pogba and David de Gea, while Anthony Martial and Aaron Wan-Bissaka remain doubts.

And Klopp expects the Red Devils to improve once they get a number of key players back.

"They had a lot of injuries," he added. "A number of really decisive players for them. No one can play the same football when five or six first-team players are out. That will change."

By contrast, Liverpool could head to Old Trafford with a clean bill of health, with goalkeeper Alisson Becker set to return for the first time since the opening weekend of the season, while Joel Matip and Mohamed Salah have recovered from knocks.

"There are two more sessions to come from this afternoon and we have to see," said Klopp on whether all three will start. "Then we’ll make decisions, that’s how it is. Nothing is fixed."