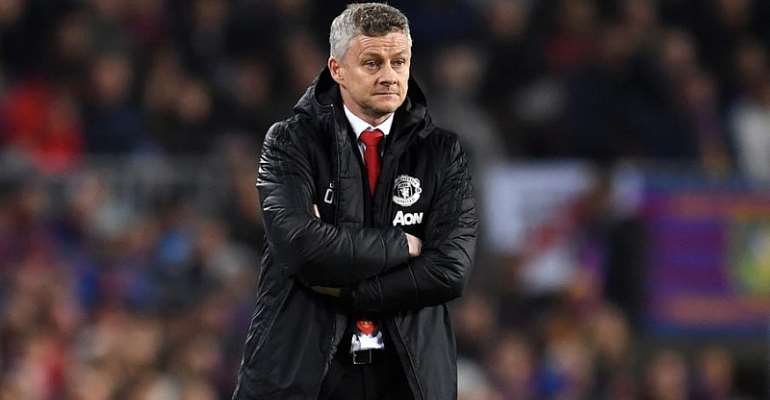 Manchester United manager Ole Gunnar Solskjaer believes the visit of rivals Liverpool to Old Trafford on Sunday could help galvanise his struggling side to pull themselves out of their alarming slump.

The difference in current fortunes between English football's two most successful clubs could not be greater, with Liverpool top of the table after eight wins out of eight.

The European champions are also on a run of 17 consecutive league victories, while United have made their worst start to a season for 30 years.

If results go against them on Saturday, United could even be teetering just above the relegation zone by the time they kick off on Sunday, but Solskjaer is bullish.

"They’re doing well in the league that’s for sure but we’re looking forward to this game,” said the Norwegian on Friday.

"This is a perfect game for the players and the fans. We’ve had a tough time and a difficult time lately but I am sure we will give them a good game."

United have just nine points from their first eight league matches of this season and are currently 12th in the table.

Stretching back to Solskjaer’s permanent appointment in March, they have won only five games out of 21 in all competitions.

It is far below expectations, which the manager knows, but he believes that the work going on behind the scenes will pay dividends eventually.

"We have come a long way on what you call the culture and environment that we are working in. That is positive," added Solskjaer, who said the mood around the club had changed from the final days under Jose Mourinho last season.

"At times last season I didn’t feel the players had the robustness or the mentality. But from the culture I am seeing every day and the attitude in training, the players want to give everything.

"The staff and players know when it’s Liverpool coming up. When you sign for Manchester United, this is the first game you look for against one of the main rivals.

"And it’s a chance as I did, a couple of times, to get in the history books."

Woodward praised Solskjaer for installing more "discipline" into the squad as well as his faith in young players.

And Solskjaer admitted that long-term improvements could mean some tough decisions in the short term.

"I speak to Ed loads of times and we do have a plan," he said.

“We have made some decisions that in the short-term would harm us but in the long-term would benefit us and that is all part of the plan.

"Results are always the main thing and we can move forward quicker with results and performances. But I am sure we will get there."