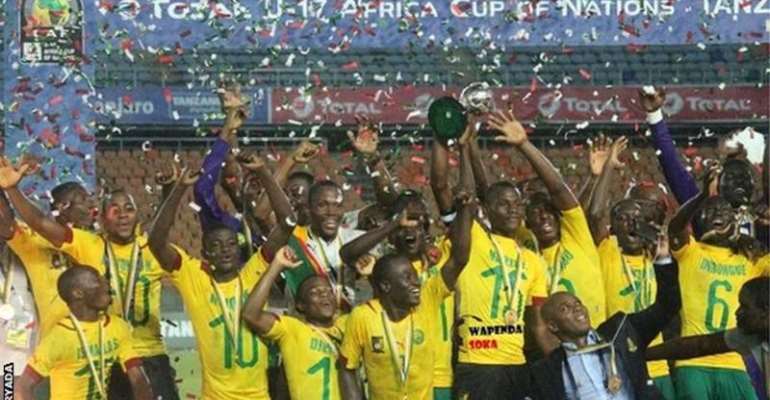 Etienne Eto'o, the son of African football legend Samuel Eto'o, will not play at this year's U-17 World Cup in Brazil after he was left out of Cameroon coach Thomas Libiih's final 21-man squad.

Eto'o, along with Roma forward Barel Fotso, are in a group of Europe-based players who have not made the squad.

Eto'o, who is on the books of Spanish giants Mallorca, joined the reigning African champions for a training camp in Brasilia and scored in a friendly against local side Brasilians FC.

A decree signed by Cameroon's President Paul Biya in September 2014 said that the country's U-15 and U-17 teams should be reserved solely for players in domestic championships.

Cameroon coach Thomas Libiih had previously expressed concerns over the eligibility of foreign-based players for the U-17 World Cup in a letter to Fecafoot's President Seidou Mbombo Njoya.

Libiih, a former Cameroon international who featured in the 1990 World Cup, has also left out five players from his 2019 Nations Cup-winning squad.

The list is headlined by midfielder Steve Mvoue who captained Cameroon to their second continental title in April, eventually being crowned the tournament's most valuable player.

In their second World Cup, the Cameroonians are pitted against Argentina, Spain and Tajikistan in Group E in Brazil.

During their first appearance at the U-17 World Cup in 2003 in Finland, Cameroon bowed out of the tournament at the first hurdle undefeated, playing an exciting 5-5 tie with Portugal in their last group game.

Senegal, Nigeria and Angola will also represent Africa at the 2019 global event in Brazil which runs from 26 October to 17 November.