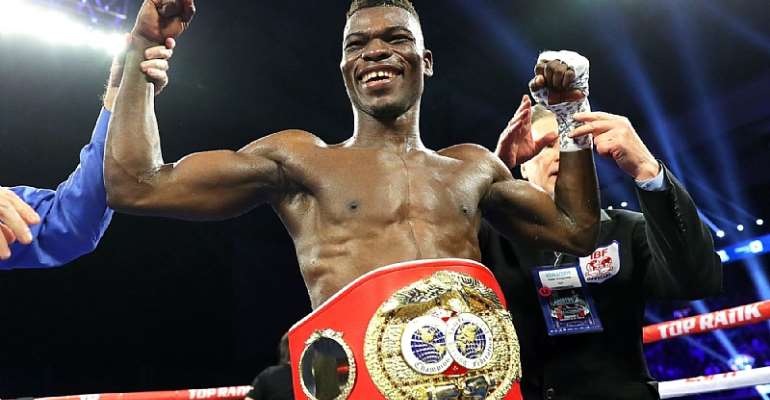 With over two months to close the year, the new administration of the sports media body in Ghana has named a seven-member committee to come out with nominations of the best sports performers in the year 2019.

The committee has been given four weeks, (before December) to come out with their nominations which would be scrutinised by the general body of SWAG before the awards ceremony.

The next SWAG Awards would be the 45th edition and many followers of the event with it is held early, like in the first quarter of the year to keep the nominees and winners fresh in the minds of sports fans.

The SWAG has over the past 44 years held the awards ceremony without a break, and the body is always grateful to its sponsors notably MTN Ghana, who have for some period been the headline sponsor of the prestigious awards ceremony.

Others tipped for honours at the next SWAG Awards Nite are the athletes who won gold, silver and bronze medals at the 2019 African Games like the 100m X 4 team, runner Grace Obour who was second in the women’s 400 meters final, Rose Yeboah - High Jump Gold Medalist and Deborah Acquah who won silver in long jumper.

Others are bronze medals winners in weight lifting, Winnifred Ntumy and Christian Amoah, boxer Shakul Samed who won the only medal (bronze) in boxing, beach volleyball stars Kevin Carboo and his partner, Samuel Asilfri, as well some personalities who managed sports disciplines very well such as the GOC and GWF President Ben Nunoo Mensah, GBA president, Peter Zwennes, Nana Adu Mankattah of the Mass Sports Association and others most likely to be recognised and honoured are Reks Brobbey, who started the Ghana Fastest Human (7 years) Project which has produced all the top national sprinters, young footballer Yaw Yeboah of Celta Vigo who is captain of the Black Meteors deserves recognition for his exploits in the season as well as para-athlete Bosto Nkegbe, who has chalked many victories this year.

Meanwhile, sports fans and followers of SWAG activities and programmes are wondering why the SWAG Cup match has not been played for some time.

Also, young reporters are calling on the SWAG to organise seminars and workshops for their new members to be abreast with modern trends in the sports media landscape.

SWAG went to the polls recently and Kwabena Yeboah aka ‘Writer’ retained his position as president.