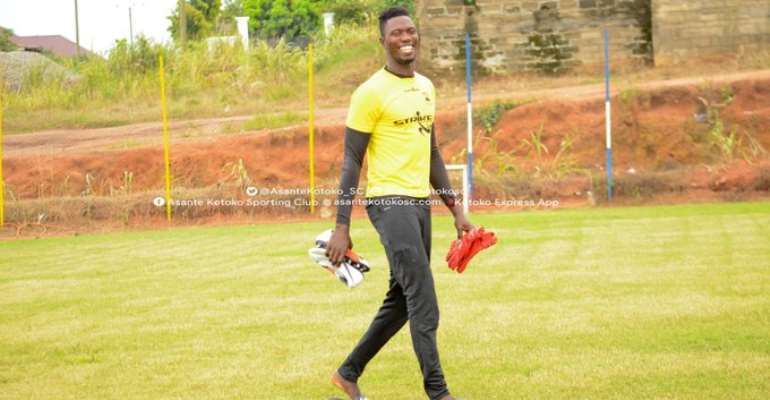 The lanky shot-stopper joined the Porcupine Warriors on a free transfer in October 2018 after agreeing to a three-year deal.

Just a year into his contract, the deal has been terminated with the Kumasi-based side thanking him for his services.

Since joining the Reds, he has been forced to settle for a back-up role behind Felix Annan who has established himself as the best goalkeeper on the local scene for the last couple of seasons.

At the end of a meeting between the management of Kotoko and the camp of the player, they have agreed to mutually part ways with neither side holding no remorse.

Muntari Tagoe, 27, has loads of experience after featuring for Medeama SC and Ethiopian side St. George FC in the past. He is expected to secure a move to a new club before the year ends.