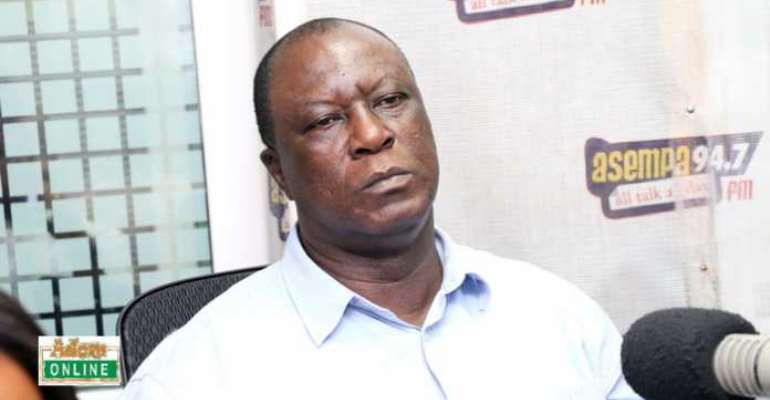 The Okyeman Planners owner has received a massive endorsement from delegates and has been tipped to win the presidential race.

However, the former Techiman Eleven Wonders General Manager says, in the absence of his candidate [Osei Kweku Palmer] the presidential race is between Nana Yaw Amponsah and Kurt Okraku.

According to him, George Afriyie is tickling himself of winning the country's football governing body high seat.

"Even without Osei Palmer I don't see George Afriyie to be the FA president," he told Kumasi based Silva FM.

"It will be between Nana Yaw Amponsah and Kurt Okraku so he (George Afriyie) should continue tickling himself and laugh.

He also shared that he will stun should Accra Great Olympics director, Fred Pappoe win the race.

"For Fred Pappoe he is the dark horse, If he wins it will be a surprise," he added.

The presidential elections have been slated for October 25.