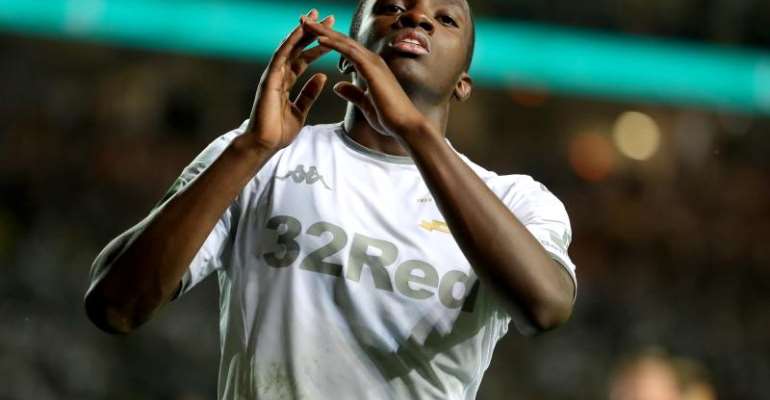 The Arsenal loanee is yet to start a game for Marcelo Bielsa's side in the ongoing Skybet Championship.

According to him, he is itching to prove his worth.

'It's been disappointing for me not to start in the league - I went there to play games and get games,' the 20-year-old said.

'It's still early days. I think every time I've come on a done well and shown why I should be playing.

'I feel like I probably haven't been given the chances I would have liked. I'm still one of the top scorers - if not the top scorer - in the team, with such limited time so I don't think I could do much more than that.

'I think the Austria game was a good statement and a good way for me to put across a performance and hopefully, I'll be starting in the next run of games. I believe I'm good enough to be playing in the team.'

Nketiah also revealed that Arsenal talisman Pierre-Emerick Aubameyang is in regular contact with him.

'He messages me sometimes through Instagram,' he added. 'They are great guys at the club and I always try to stay in contact with them because they're my friends.

'Joe Willock and Reiss Nelson are two of my closest friends in football, I always keep in contact with them if they do well or they message me if I do well. I think it's good to have that kind of support around you. It's important, you know, for people that you care about and that care about you.'