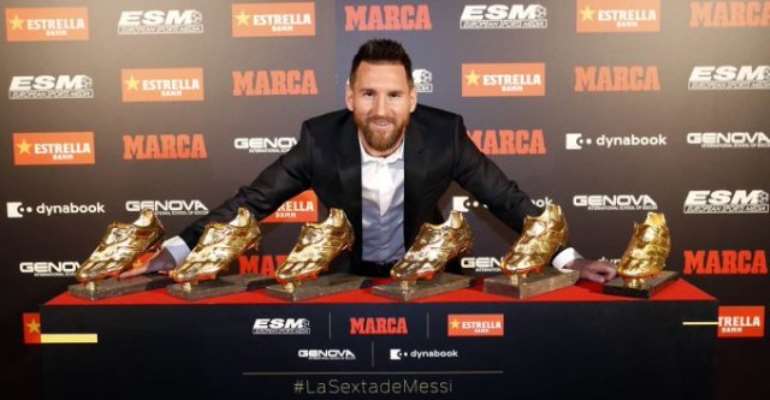 Barcelona attacker Lionel Messi has been presented with the European Golden Shoe after ending the 2018-19 season as the leading marksman on the continent.

He won the race by scoring 36 times in 34 outings for the Camp Nou side last season as they regained their Primera Division trophy, with the 32-year-old once again their star performer.

It was the sixth occasion he has won the award and marked nine years after he first lifted the prize by scoring 34 goals during the 2009-10 campaign.

Kylian Mbappe of Paris Saint-Germain was the only player to push the South American close in the race, with the young French superstar having netted on 33 occasions for the Ligue 1 champions.

Completing the top three was Fabio Quagliarella of Sampdoria, who found the net 26 times to finish as Serie A's leading scorer.

Three players have dominated the Golden Shoe over the course of the last decade, with the usual suspects of Messi and Cristiano Ronaldo joined by two-time winner Luis Suarez, who is the only non-La Liga player to win the award - doing so jointly with Ronaldo in 2014 while still a Liverpool player - since the Portuguese did so with Manchester United in 2008.

Remarkably, the winner of the Golden Boot award in eight of the last nine seasons has scored at a rate of more than a goal per game. The one exception was Messi’s 2018 triumph, when he netted on 34 occasions, having played 36 matches.