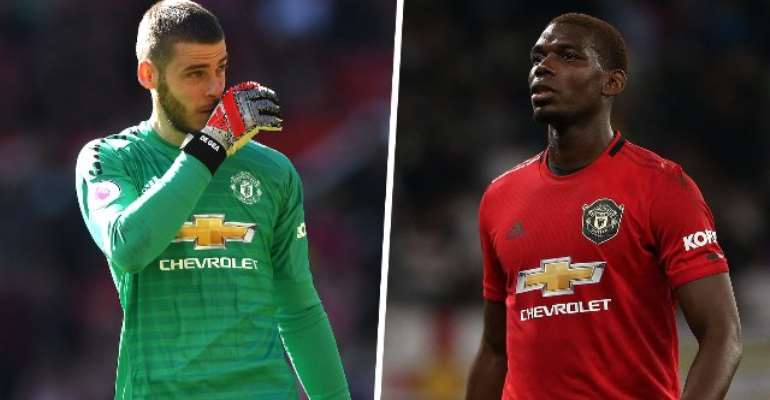 Ole Gunnar Solskjaer has confirmed that Paul Pogba and David de Gea will miss Manchester United's match against Liverpool on Sunday through injury.

De Gea limped off during Spain's Euro 2020 qualifier against Sweden on Tuesday with an abductor problem. Pogba, meanwhile, has missed five of United's past matches due to an ankle injury.

The France international missed out on international duty in the recently completed window, heading to Dubai to work on his recovery.

However, the clash against Jurgen Klopp's unblemished Liverpool side will come too soon for both players as United look to recover from a difficult start to the season.

"David needs a scan," Solskjaer told Sky Sports of his Spanish goalkeeper. "I think he'll be out. It certainly looked like it anyway judging on last night so it's just one of those things.

In De Gea's place, Sergio Romero will make his first Premier League appearance of the season having previously played in the Carabao Cup and Europa League.

Pogba, meanwhile, returned from his ankle injury against Arsenal on September 30, but that appearance was perhaps too soon as he missed out on United's next Premier League game against Newcastle as well as France's two matches during the international break.

"Paul had an injury, he came back, he worked really hard. He came back and played a couple of games, maybe played through the pain barrier," Solskjaer said.

"He had a scan after the Arsenal game and maybe needed a few weeks' rest in a boot so hopefully he won't be too long, but he won't make this game, no."

The two injuries are a blow for Solskjaer's side, who sit 12th in the Premier League, 15 points behind leaders Liverpool, who have won all eight of their league matches thus far.

United may be able to call on Anthony Martial, Luke Shaw and Aaron Wan-Bissaka, though, who are all pushing to return from injuries.

"I can't tell you 100 per cent [who] is going to be fit as something might happen," Solskjaer said.

"But hopefully Aaron and Anthony will last the training this week and be available for selection. If it's for half a game or 30 minutes I don't know but let's see where they're at."