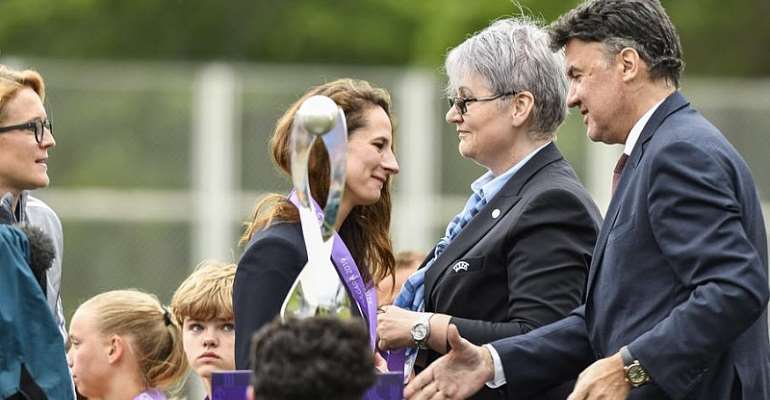 More than 20 police officers swept into the Bulgarian Football Union’s (BFU) headquarters in Sofia less than an hour after its president Borislav Mihaylov resigned following racist incidents during Bulgaria’s Euro 2020 qualifier against England on Monday.

Bulgarian chief prosecutor’s spokeswoman said that the operation was part of an investigation, conducted by Specialized Prosecutor’s Office.

“It’s about crimes against sport,” Rumyana Arnaudova told Reuters. “We’re talking about corruption offences, connected to the work of the BFU’s referee commission and the appointment of referees on football matches.

“The investigation is still underway and it’s too early to say if there’ll be some arrests.”

A BFU spokeswoman also confirmed the presence of police officers at the headquarters in the Sofia district of Boyana.

The 56-year-old Mihaylov, part of Bulgarian team that reached the semifinals at the 1994 World Cup in the United States, had been BFU president since 2005 when he replaced long-serving Ivan Slavkov, who was expelled from the International Olympic Committee (IOC) following allegations of corruption.

Former Reading keeper Mihaylov, who also played at the World Cup finals in 1986 and 1998 as well as Euro 96, was heavily criticised by local media and fans for failing to lead the BFU out of years of corruption and controversy.

Bulgaria have failed to qualify for a major tournament since 2004 while Mihaylov’s tenure has been marred by cronyism allegations, which he has consistently denied.

There have been widespread reports of match-fixing in Bulgaria in recent years but little in the way of progress in holding anyone accountable.

Nobody has been brought to trial and the European Commission has criticised the authorities for doing little to fight the problem.

In May Vereya, a small club based in Stara Zagora, were expelled from the top flight of Bulgarian soccer by the BFU after repeated warnings from European football’s governing body Uefa over suspected match-fixing.