Coach Kwesi Appiah To Scout For New Players In Spain, UK This Week 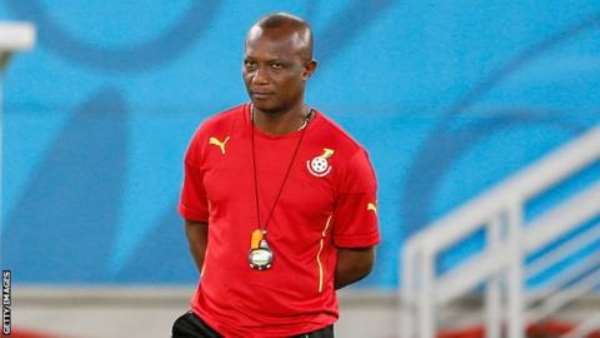 Head Coach for the Ghana National team, James Kwesi Appiah is set to continue his scouting in Europe to Spain, the United Kingdom (UK) as well as Denmark this week in search of new players for his side.

The gaffer is on a quest to recruit new players into the Black Stars set up following a shambolic performance at the 2019 Africa Cup of Nations (AFCON) which sadly ended at the round of 16 stage.

Ahead of the qualifiers for the next edition of the AFCON, Coach Kwesi Appiah is touring Europe for new players whose quality can help his team achieve their goal.

Giving an update on the scouting, the coach has revealed that he is searching for young attackers who are ready to represent Ghana at the senior level.

“Am looking at a lot of strikers but what is important is the desire of the players to play for the national team. Once that is established will continue to follow and monitor to decide on who is ready to feature for the national team”, Coach Appiah said in an interview aired on Asempa FM earlier today.

He continued, “I have been to Belgium, I have finished with the Netherlands, from here I am going to Spain, from there I will go to UK before moving to Denmark. It is important for us to ensure we scout all young players in the various Premier Divisions”.

Meanwhile, Ghana has been pitted in Group C of the qualifiers for the 2021 AFCON and will play their first match against South Africa at home on November 15.