TEN YEARS AGO: Who Played For Ghana In The U-20 World Cup Final Against Brazil? 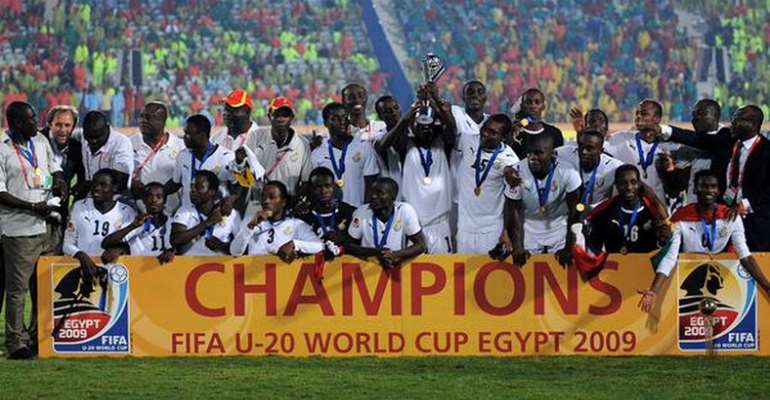 October 16, 2019, marks ten years since Ghana achieved greatness in U-20 World Cup football by becoming the first African team to win the tournament.

The Black Satellites beat favourites, Brazil, 4-3 on penalties at the Cairo International Stadium after the match ended goalless after extra time.

But which players did head coach Sellas Tetteh choose for one of Ghana’s greatest footballing moments?

In goal, there was Daniel Agyei who saved two kicks to tip the scales in Ghana’s favour that night.

The defense had Samuel Inkoom at right-back, Jonathan Mensah and Daniel Addo as the two centre backs and David Addy at left-back.

Tetteh employed a midfield four of Abeiku Quansah and captain Andre Ayew on the right and left wings respectively with Rabiu Mohammed and Emmanuel Agyemang Badu manning the central areas.

Upfront, the pair of Ransford Osei and the tournament’s top scorer and best player, Dominic Adiyiah were tasked with scoring the goals on the day.

In terms of substitutions, Tetteh threw on Ghandi Kassenu for Ransford Osei in the 65th minute, Bright Addae for Rabiu Mohammed in the 101st minute and Opoku Agyemang for Abeiku Quansah in the 107th minute.

Who scored Ghan’s penalties that day? Andre Ayew went up first and finished coolly towards his right.

However, Jonathan Mensah and Bright Addae missed theirs.

Who was Ghana’s hero? While Agyemang Badu may have scored the winning kick that night in Cairo, goalkeeper Daniel Agyei has been described by many as the one who made the victory possible.

With Ghana 3-2 down in the shootout, Agyei saved Souza’s kick to hand Ghana a chance to stay alive.

After Brazil missed the potential winning kick because of Maicon’s skied attempt, Agyei saved Teixeira’s shot and that left Agyemang Badu to score and hand the trophy to Ghana.

Row after French scientists suggest virus vaccine trial in A...
1 hour ago