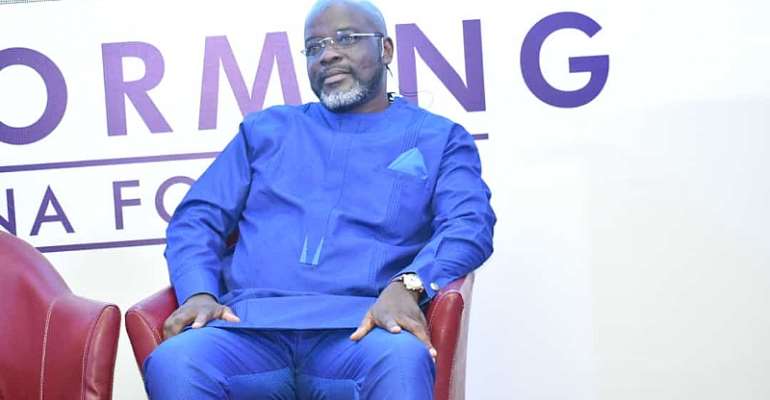 The Tema Youth FC bankroller was disqualified based on the recommendations by the Vetting Committee.

According to the Normalization Committee, Osei Kweku, popularly known in football circles as 'Palmer' breached Article 33 (5) (c) of the GFA regulations which relates to player transfers.

He is reported to have refused to pay GFA 10 per cent of the transfer of striker Joseph Painstil to Hungarian top-flight side Ferencvarosi TC from Tema Youth in September 2017.

Despite his disqualification, George Afriyie, who was confidently talking to Asempa FM insisted that Osei Palmer would have lost for the presidential race.

"I think everyone have an idea to help Ghana football thrive," he said.

"I have said that moving forward, Ghana football need people who can stand firm and do the right thing and the person is George Afriyie."

Quizzed about the disqualification of Osei Kweku Palmer, he said, "I don't want to say about it.

"Should he have qualified for the race, he would have lost. I can confidently tell you that he would have had 10 or 15 votes," he added.