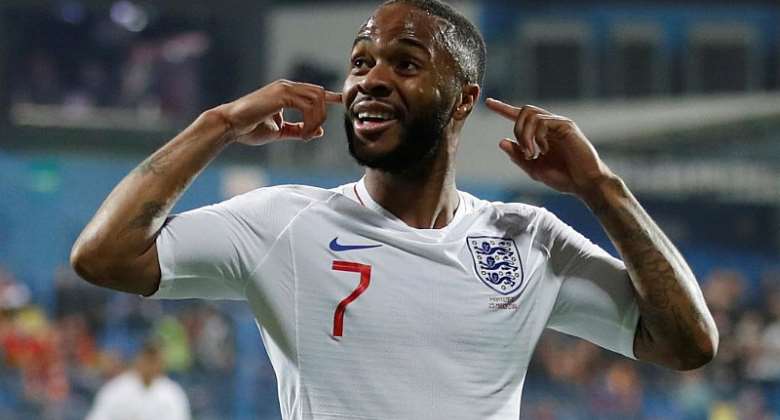 The match was stopped twice in the first-half following chanting from sections of the stands at the Vasil Levski National Stadium.

England went into the break leading 4-0. A Ross Barkley brace and Raheem Sterling's tap-in followed Marcus Rashford's seventh minute opener. Sterling and Harry Kane added the gloss in the second-half to maintain England's control of Group A and condemn Bulgaria to their fourth defeat in seven qualifiers.

"The president of the Bulgarian Football Union presented his resignation, which will be handed in to the members of the executive committee during its meeting on Friday," said the union in a statement.

"It resulted from the tension created over the past days, which is detrimental to Bulgarian football and the Bulgarian Football Union."

"The racism we saw and heard was vile and has no place in football or anywhere else," said a spokesperson for Johnson. "The England players and management showed tremendous dignity and the prime minister commends the players who were targeted with this despicable abuse for their response."

Aleksander Ceferin, the Uefa chief, said his organisation would clamp down on bigots. "The football family - everyone from administrators to players, coaches and fans - needs to work with governments and NGOs to wage war on the racists and to marginalise their abhorrent views to the fringes of society."

Mihaylov had led the Bulgarian Football Union since 2005. He came under increasing pressure after the Bulgarian prime minister, Boyko Borisov, spoke of the shame the country had suffered on and off the pitch.

"I urge Borislav Mihaylov to hand in his resignation immediately!" Borisov wrote on Facebook. "It is inadmissible that Bulgaria is associated with racism and xenophobia".

A section of 5,000 seats at the stadium was closed for Monday night's game after racist incidents during fixtures against Kosovo and the Czech Republic in June.