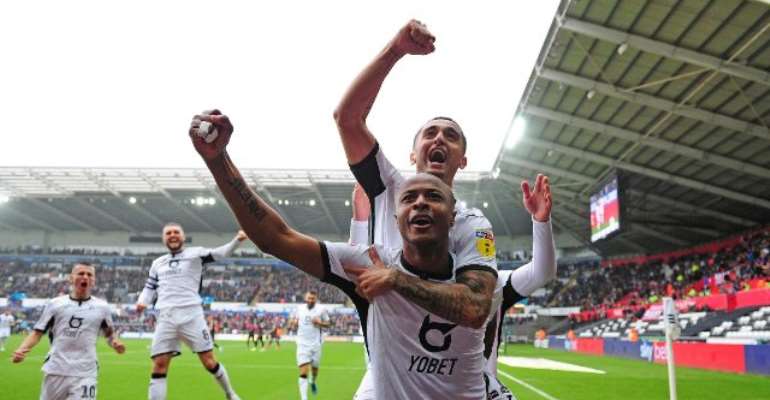 Swansea City attacker Andre Ayew believes their dreams of securing promotion to the English Premier League this season remains on course despite a setback on the last matchday of the Championship.

Despite scoring in the first minute, the Jack Army missed out on three points as Stoke City mounted a fightback to snatch a 2-1 away win.

Ahead of the resumption of the Championship on Friday after the international break, Swansea are tied with Preston North End on points in second position on the league table, one mark below leaders Nottingham Forest.

“We’re going to learn from that game. It may not seem like it now, but this will be a good lesson for us,” Ayew said, as reported by his club's official website.

“We’re still in it; we’re only a point away from the leaders.

“We always need to be ready for any challenge that the Championship brings.

“We’ve done great things this season and some that aren’t so great. But what we’re doing at the moment is good and we need to continue that."

Swansea play away to Barnsley on Saturday.
“We’re working hard, training well and we need to keep that going," added the 29-year-old.

“A lot of teams would love to be where we are in the table. I believe in the squad – there is no problem.

“When you’re towards the top of the table, you have to respond when things go wrong – that’s very important.”

Ayew, the scorer of the early goal against Stoke, has featured nine times in the league and netted twice so far this campaign.

Bawumia to deliver keynote address at Nottingham University ...
16 minutes ago