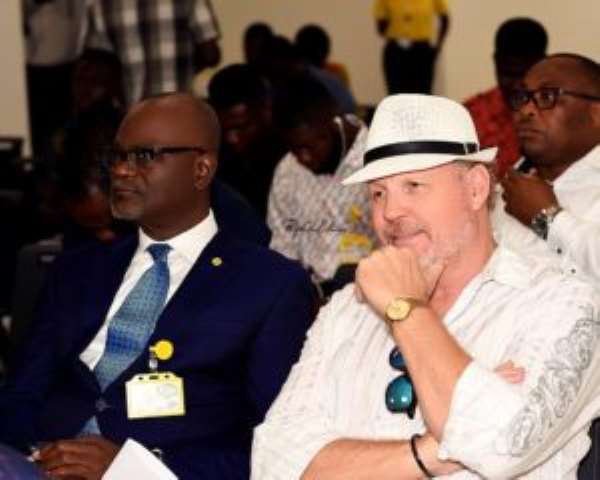 Texas based American philanthropist Jerry Teeler has commended Cal Bank for the consistent support and investment they have dedicated to beach soccer for almost a decade.

The biggest indigenous Ghanaian financial body once again reaffirmed their support and commitment to the sand based sport with 150,000 cedis to the Ghana Beach Soccer Super League and a further $100,000 towards international assignments of the national team Black Sharks.

The sponsorship package forms part of the preparatory phase ahead of the "Sand to Gold" beach soccer industry launch in 2020.

According to Mr. Teeler, the combination of sport, entertainment, art and fashion points to a major boost in sports tourism for Ghana.

"I can see even bigger injection of support for this exciting sport with new partners in the near future to bolster what CalBank has been doing all these years".

Mr Teeler has promised to contribute his own quota to the development and promotion of beach soccer in Ghana and beyond by engaging American companies to come onboard and take up sponsorship.

The security and safety expert was in Accra for the impressive media launch of the 2019 Ghana Beach Soccer super league and made the assurances when he spoke to the media after the event.

Mr. Teeler who is a longtime admirer of the sand based sports that require fitness, agility, skills and stamina in abundance has backed beach soccer to attract a new breed of sports fans to beaches across Ghana.

He has since returned to Saint Thomas in the Caribbean where he's overseeing a major tourism rehabilitation project.

He has promised to return to Ghana for the grand finale of the Beach Soccer Super League in December.