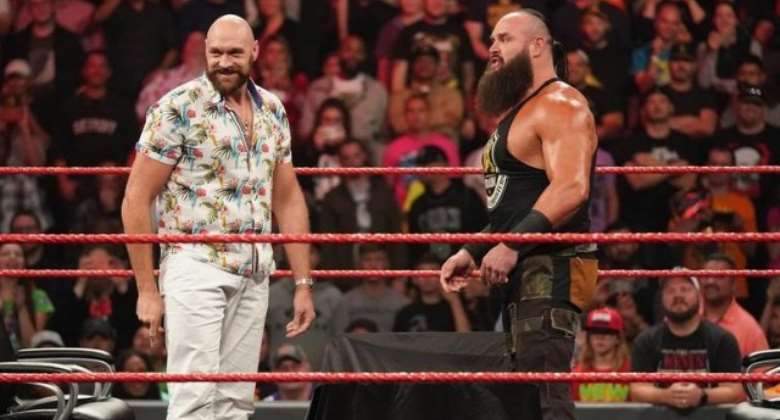 Tyson Fury will make a sensational appearance in WWE on October 31 when he faces 6ft 8in, 380-pound monster Braun Strowman at Crown Jewel in Saudi Arabia.

The former unified heavyweight champion of the world – in boxing, of course – will make his wrestling debut at one of WWE’s most lucrative shows.

WWE have shown they’re willing to pay through the roof for a mainstream superstar and Floyd Mayweather reportedly garnered $20 million for his match against the Big Show at WrestleMania 24.

Now it’s Fury’s turn to see the cash.
talkSPORT understands The Gypsy King will reportedly rake in £11.9 million ($15m) for his match with Strowman, and while fans may be staggered to learn the amount of money WWE can offer Fury, it’s worth remembering this is the most lucrative time in their history.

"I've asked around and I'm told "it's in that ballpark."

"This is a man who gave away his £2.5m purse from the Wilder fight to charity. I say good on him.

After securing a deal from FOX that pays WWE more than $1 billion for the next five years on top of the $1 billion they earn from the Saudi government over the next 10 years, they’re doing alright.

The whole purpose of this deal is to raise Fury’s profile in the U.S. ahead of the second Wilder fight scheduled for next February. It’s believed FOX and ESPN worked together on the deal.

“He went out there to watch it and the next minute he’s involved in it, it’s unbelievable,” his co-promoter, Frank Warren told talkSPORT.

“But that’s Tyson. He’s supposed to be taking a rest and taking it easy, but he’s decided that he wants to do this and he’s going to do it,” revealing the two didn’t discuss the possible crossover.