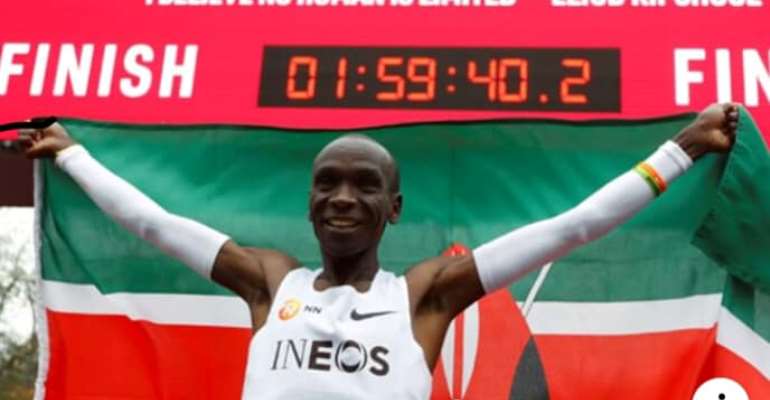 The greatest marathoner the world has ever seen! His name is Eluid Kipchoge. If you think it and work for it, you can achieve it. Nothing is #impossible! Thank you Eluid for inspiring us all to keep pushing.

On Saturday, Eliud Kipchoge became the first person in recorded history to run a 26.2-mile marathon in less than two hours.

The run, organized specifically for Kipchonge to break the two-hour marathon barrier, was organized by chemical company INEOS and featured an electric pacer car that shot a laser beam to mark the best position on the road.

A team of 41 professional runners also rotated running alongside him to set his pace.

“Today we went to the moon and came back to Earth! I am at a loss for words for all the support I have received from all over the world,” Kipchoge tweeted Saturday.