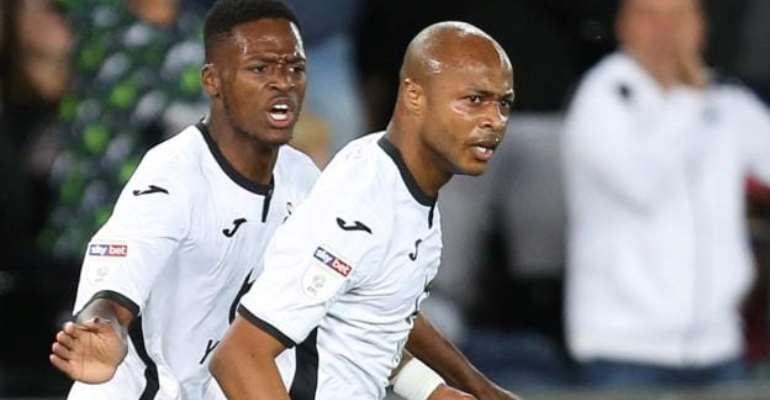 The owners of Andre Ayew's Swansea City are looking to sell the club for £38million but could increase their asking price by £15m if they're promoted to the Premier League.

American duo Jason Levien and Steve Kaplan bought the club in June 2016 but saw the club relegated from the Premier League at the end of the 2017-18 season.

According to reports in the UK, Levien and Kaplan are now prepared to cash in on the club and recoup some of their investment after buying the club three years ago.

The American consortium in charge of Swansea have set an asking price of £38m but will add £15m to their valuation if the Swans go up this season.

Swansea have been forced to slash costs following relegation 12 months ago, with youngsters Daniel James and Oli McBurnie sold during the summer to raise funds.

However, the club have made a fine start to the season and are on course for a return to the Premier League, as they sit in second place in the Championship table.