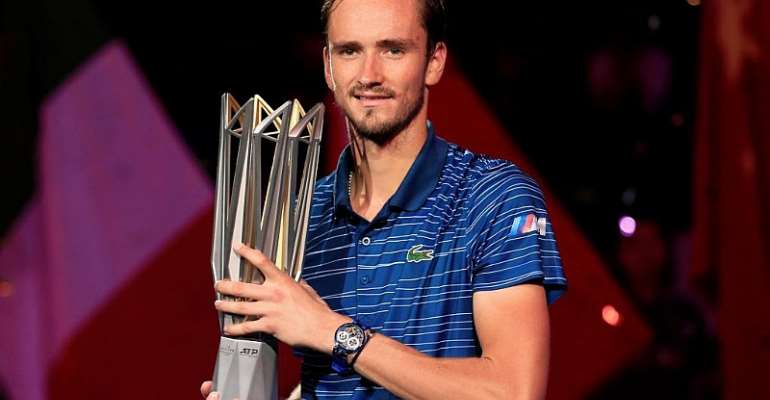 Daniil Medvedev collected his fourth title of the year at the Shangahi Masters on Sunday following a straight sets victory over Alexander Zverev. The match finished 6-4, 6-1 to the Russian who registered his first win over the 22-year-old German in their fifth meeting.

"I can say that here I looked invincible this week, since I am the winner," said Medvedev.

The 23-year old, who was playing in his sixth consecutive final, saw off Zverev in 74 minutes.

"I think something clicked in my game in the United States," said Medvedev, who reached four finals in North America between August and September

"I think it's the hard work I've been doing, but I started to understand even more about my game, my serve, my volley, my everything, what I have to do when.

"At crucial moments I know what I have to do and how I have to play."

Top Zverev, who beat second seed Roger Federer in the last eight, was munificent in defeat.

"You are probably the best player in the world right now," he told Medvedev. "How you are playing is unbelievable."

Medvedev led 3-0 after only 11 minutes of the match but Zverev managed to come back. However when serving to draw level at 5-5, Zverev conceded the set with two double faults on the trot.

The second set turned into a pageant for the Russian who completed the quest with his fourth ace.