REPORT: Kwame Boahene Looking For A Move Away From Kotoko 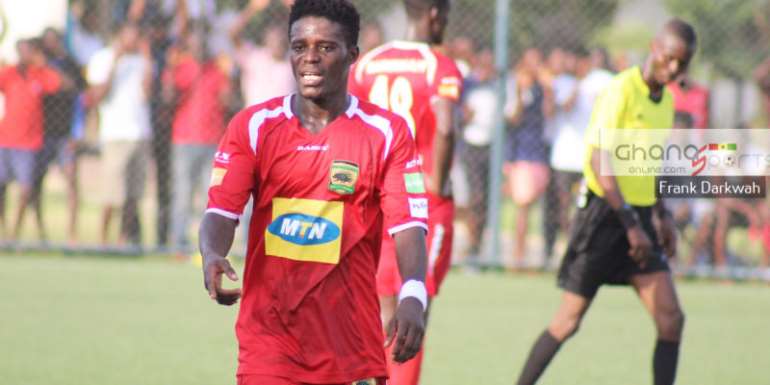 Information reaching Modernghana Sports indicates that attacking midfielder Kwame Boahene is looking for a move away from Kumasi Asante Kotoko and will likely seek a transfer when his contract expires later this year.

The midfield enforcer completed a move to the camp of the Porcupine Warriors in 2016 but has not enjoyed the spell he would have hoped for when signing his 3-year contract.

With his deal with the Reds expected to expire in December 2019, reports have revealed that Boahene plans to successfully see out the contract.

He will, however, turn down any contract extension in favour of mutually partying ways to a different club that will express interest in his services.

The former Medeama man has more to offer at age 26 and is purportedly on the radar of several clubs both on the local and the foreign front.