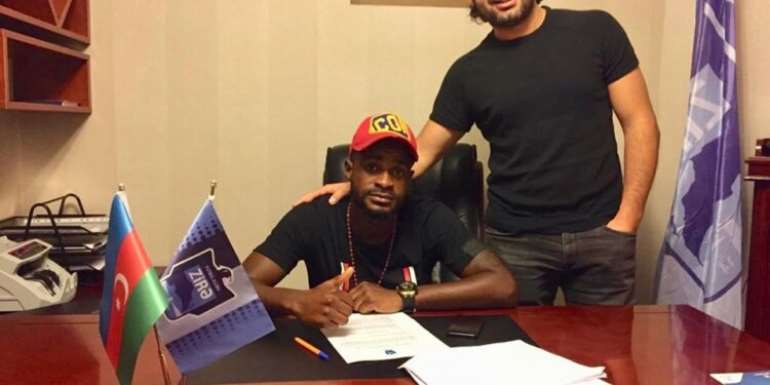 The 25-year-old signed for the Azerbaijani club on Monday morning as he seeks to propel them to greater heights again.

Gadze featured for Romanian side FC Voluntari last season where he made 23 appearances scoring .seven goals and providing five assists but was released in June this year.

He previously spent one and half seasons at Zira FC and scored twelve goals in 38 games.