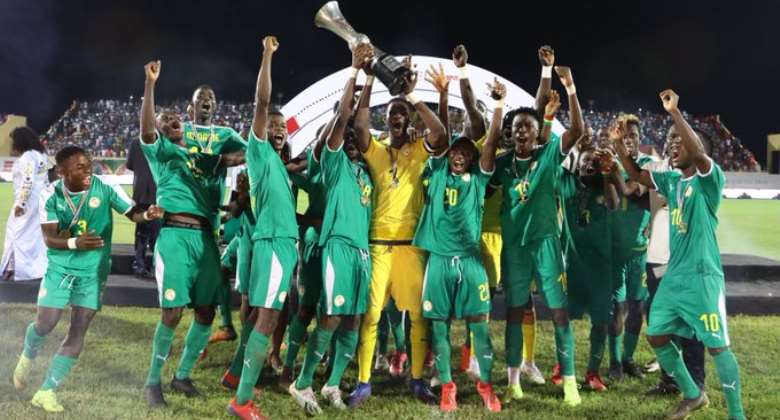 In a climax to the 2019 edition of the WAFU Cup of Nations tournament, it was Senegal who outplayed and defeated Ghana to emerge as champions following an exciting penalty shootout at the Stade Lat Dior in Thies.

The host nation emerged as a far superior side to the defending champions in a match which will have seen the Black Stars B lifting their third successive WAFU title.

Both sides created numerous chances in regulation time but unfortunately could not convert any and had to go into extra time. In the extra time, Youssouph Badji shot Senegal into the lead on the 108th minute but a strike from Joseph Esso a minute later sent the game into the penalty shootout.

Senegal had all the antidotes and neutralized Ghana in the shootout to come out as 3-1 winners. They have now lifted their first title in the history of the WAFU tournament.

Below is highlights from the WAFU finals.