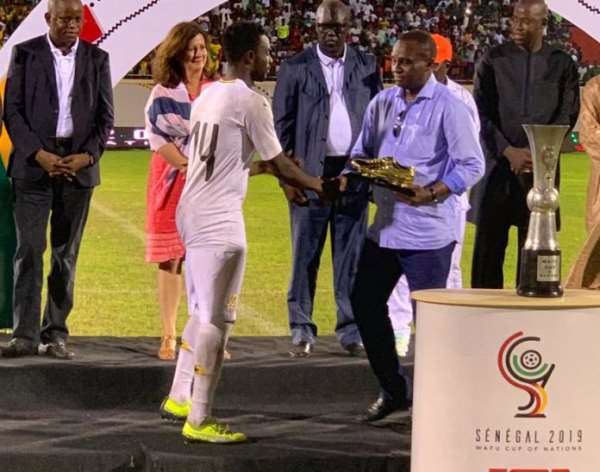 Mumuni got his first goal in the WAFU competition when Ghana scored against Burkina Faso in the quarter-final in a game which ended 1-1 before Ghana progressing to the next stage with a penalty shootouts win.

He brilliantly scored a hat-trick for the Black Stars when they defeated Ivory Coast 3-1 in the crucial semifinal clash.

Despite failing to score in the final against hosts Senegal, his four goals were enough to see him clinch the Golden Boot for Ghana after suffering 3-1 penalty shootout to Senegal after 1-1 draw game.

Treason trial: Bomb the ministry for transmission to go off ...
4 minutes ago

Kumasi: Lady denied recruitment into GNFS because of stretch...
4 minutes ago